The matches were played at various District Headquarters 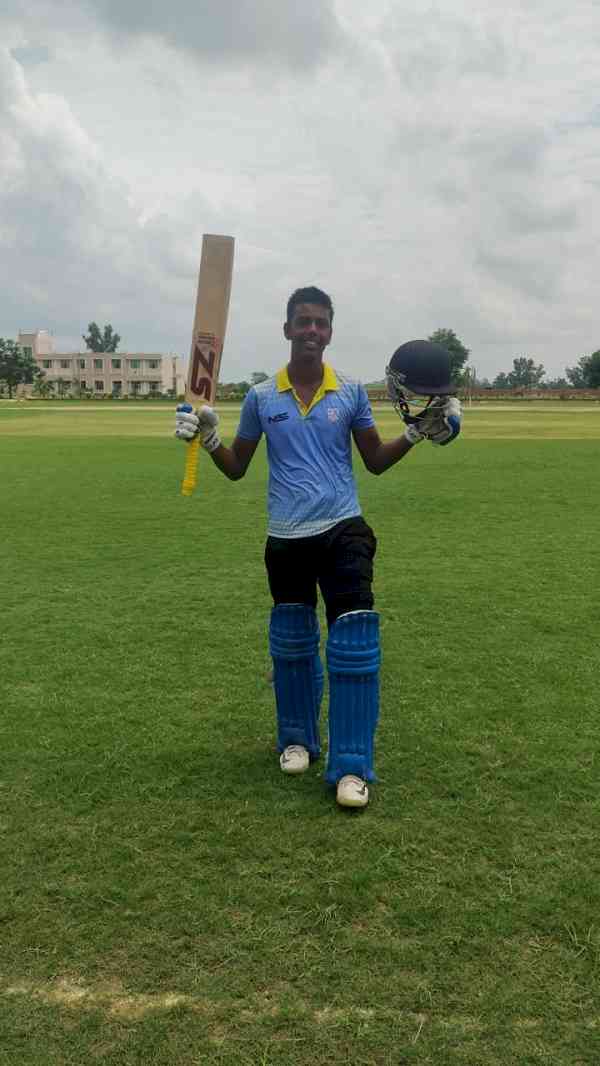 Mohali: The Punjab State Inter District Under-19 years One Day Tournament was started on 27th July, 2021. The third stages of League Matches were played today on 31st July, 2021 at various District Headquarters and detailed results are as under:

Ludhiana vs Ropar match was played at GRD Academy Ludhiana. Ludhiana won the toss and opted to bat first.Batting first Ludhiana scored 248 for 4 in 50 overs. Sanyam Gill 102 not out off 126 balls with 7 boundaries, Saksham Vij 68 off 101 balls with 8 boundaries and Bharat Madhok 42 off 51 balls with 1 boundary and 1 six were the top run getters for Ludhiana. Kirandeep Singh 2 for 47 was the most successful bowler for Ropar. Due to heavy rain Ropar got revised target of 213 runs in 41 overs by VJD Method.  Ropar was able to score 152 for 4 in 41 overs. Mayank Gupta 52* off 99 balls with 2 boundaries and 2 sixes and Karmanpreet Singh 36 off 73 balls with 4 boundaries were the main run getters for Ropar. Gurmehar and Sanyam Gill scalped 2 wickets each for Ludhiana. With this win Ludhiana got 4 points while Ropar got 0.

Patiala vs Bathinda match was played at Cops cricket ground, Bathinda. Patiala won the toss and elected to bat first. Patiala was able to score 201 for 9 in 50 overs. Lower order batsman and off spinner Harjas Singh 62 off 67 balls with 3 boundaries and 4 sixes and Emanjot Singh 59 off 69 balls with 4 boundaries and 5 sixes were the main run getters for Patiala. Yuvi Goyal and Uday Partap Saharan scalped 3 wickets each for Bathinda. In reply Bathinda was 204 for 7 in 49.1 overs and able to garner 4 points. Uday Partap Saharan 116 off 131 balls with 10 boundaries and 1 six was the top run getter for Bathinda. Emanjot Singh 3 for 35 was the successful wicket taker for Patiala.

Mohali vs Moga match was played at KIPS Moga. Mohali won the toss and decided to bat first. Batting first Mohali set a target of 239 for 9 in 50 overs for Moga. Jovanpreet 103 off 126 balls with 6 boundaries and 3 sixes was the top run getter for Mohali. For Moga Chintan Randhan 3 for 60 and Harish Kumar 2 for 30 were the most successful wicket takers for Moga. In reply Moga was 92 for 5 in 32 overs before the heavy rain came. Himasnshu 3 for 23 was the most successful wicket taker for Mohali. Mohali was declared winner by VJD Method and got 4 points while Moga got 0.

Ferozepur vs Fazilka match was played at Polytechnic College ,Ferozepur. Ferozepur won the toss and put Fazilka into bat. Batting first Fazila was bundled out for 102 in 34.5 overs. Jatin Monga 29 off 79 balls with 3 boundaries was the main run getter for Fazilka. Sachin Choudhary 3 for 25 ,Raghav Dhawan 3 for 5 and Jaideep Singh 2 for 34 were the main wicket takers for Ferozepur. Ferozepur in reply scored 103 for 3 in 34.1 overs and got 4 points. Loveroop Singh 29* off 73 balls with 3 boundaries and Jujhar Singh 28* off 35 balls with 5 boundaries were the highest run getters for Ferozepur.

Barnala VS Sangrur (Match Abandoned due to heavy rain)

Barnala Vs Sangrur match was at Trident Complex, Barnala. Due to rain match was reduced to 25 overs each side. Sangrur won the toss and opted to field first. Batting first Barnala scored 193 for 8 in 25 overs. Suchit Goel 40 off 39 balls with 3 boundaries and 2 sixes and Parmeet Singh 38 off 48 balls with 2 boundaries and 2 sixes were the highest run getters for Barnala. In reply Sangrur was 1 for 0 in 1 overs before the heavy rain came. The match was abandoned and both the teams shared 2 points each.

Hoshiarpur VS Jalandhar (Match abandoned due to heavy rain)

Hoshiarpur Vs Jalandhar match was at Burlton Park, Jalandhar. Hoshiarpur won the toss and opted to bat first. Batting first Hoshiarpur was bundled out for 148 in 50 overs. Jatin Ram Singh 3 for 27 and Akashjit Dhillon 2 for 32 were the highest wicket takers for Jalandhar. In reply Jalandhar was 22 for no loss in 8 overs before the heavy rain came. Both the teams shared 2 points each.

It was officially announced by Sh. Deepak Sharma, CEO, PCA.

Rohit Sharma scores his highest overseas, but fails to...