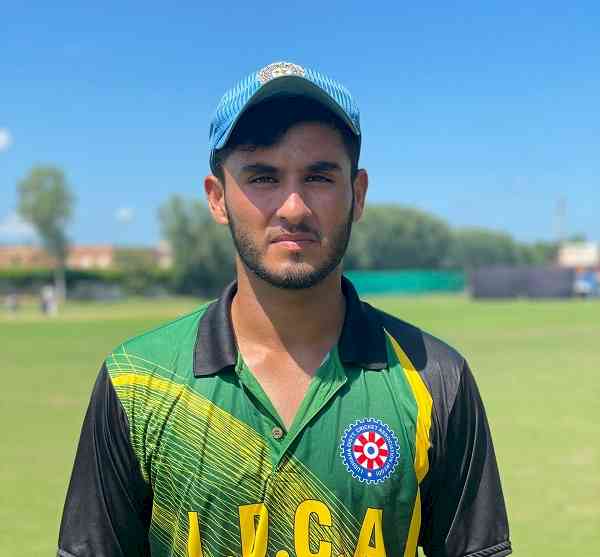 Nehal Wadhera scored 120 in 129 balls and Gurmehar Singh took 5 for 45 both from Ludhiana district against Moga district.

Ropar vs Fatehgarh Sahib : Ropar won the match by 7 wickets
In the 4th match between Ropar and Fatehgarh Sahib played at Ropar, Ropar won the toss and opted to field.  Fatehgarh Sahib scored 87 all out in 27 overs.  Kunal Malhotra 25, Mohit 13  and Shubham Sharma 13 were the main run getters for Fatehgarh Sahib. For Ropar Simranpal Singh 3 for 14, Madhav Pathania 3 for 22 and Anush Prashar 2 for 9 were the main wicket takers.
Replying Ropar chased the target by scoring 71 for 3 in 13.1 overs.  Nitin Kamboj 21, Gurpreet Singh 28 and lakshay Mohan 11 were the main run getters for Ropar. For Fatehgarh Sahib Shubham Sharma, Kabir Kohli and Mohit Sharma shared one wicket each.  Ropar got 4 points while Fatehgarh Sahib got zero.
Ludhiana vs Moga : Ludhiana won the match by 84 runs
The 5th match was played at Ludhiana between Ludhiana and Moga, Moga won the toss and elected to field.  Batting first Ludhiana scored 234 for 9 in 50 overs.  Nehal Wadhera  120 off 129 balls with 3 boundaries and six huge sixes,  Kabir Grewal 33 off 54 balls, Gitansh Khera 15, Vaibhav kalra 15 and dipin Chitkara 12 were the main contributors with the bat.  For Moga  Gobind Jot Singh 5 for 31, Sohraab  2 for 59 were the main wicket takers.
Replying Moga were all out at 150 in 37.1 overs.  Ludhiana won the match and garner 4 points while Moga got zero.  Gurjot Singh 36, Sohraab Kamal 38  Sukhjinder Singh 12, Sourav 21 and Kiranpal Singh  15 were the man run getters for Moga.  For Hartejassvi 2 for 13 and Siddhant Tiwari 3 for 28 and Gurmehar Singh 5 for 45 were main wicket takers for Ludhiana.
Patiala vs Sangrur: Patiala won the match by 83 runs
6th match of the day was played between Patiala and Sangrur at Patiala, Sangrur won the toss and opted to field. Batting first Patiala scored 264 for 3 in 50 overs.  Jiwanjot Singh 63 off 102 balls, Pukhraj Mann 122 off 123 balls, Anmol Malhotra 62 off 44 balls are the main run getters for Patiala.  For Sangrur Jaspreet Singh 2 for 40 was the most successful bowler.
Replying Sangrur were all out at 181  in 44.4 overs.  Abhishek jalota 13, Gourav  Markan  57, Manish Kumar  28, Tejpreet Singh 21, Mohd. Bilal  33 were the main run getters for Sangrur.  For Patiala Karan kaila 4 for 16, Akul Partap 2 for 71 and Kuljit Singh 2 for 23 were the main wicket takers.  Patiala won the match and got 4 points while Sangrur got zero.