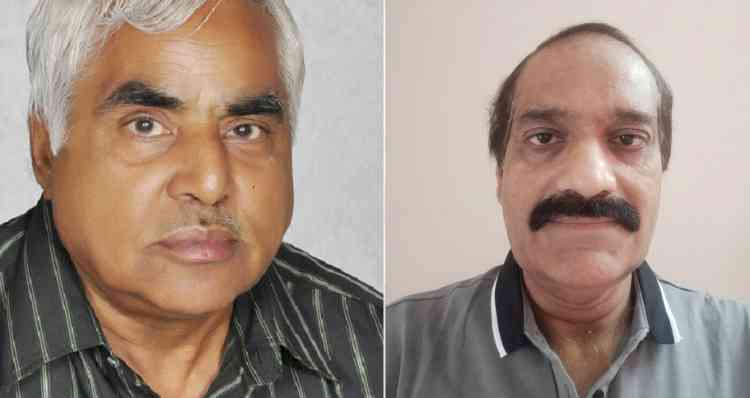 Ludhiana: Punjab Pradesh Beopar Mandal president (PPBM) Pirara Lal seth and general secretary Sameer Jain have written a letter to Punjab chief minister Capt Amarinder Singh and gave some suggestions to enable the trade to overcome out of losses rendered during lock down/curfew due to covid-19 pandemic in the state.
Giving this information here today, the mandal’s state general secretary Sunil Mehra and state secretary Mohinder Aggarwal added that trade and industry of Punjab have suffered badly due to lock down/curfew in the state.
The mandal leaders have apprised the chief minister that the state’s business has suffered a loss of about Rs.55,000 crores and there is a dire need of cooperation from the government to bring the trade and industry back on its track.
The mandal leaders have suggested to fix electricity charges at Re.4 per unit for next two years and 50 per cent concession in GST in the border districts of the state during next two years. They have also suggested to give away professional tax and make arrangements for providing lands for setting up of new industries at concessional rates in the new industrial areas to the industrialists.
Further, the mandal leaders have suggested to the chief minister to prepare “one district, one product” scheme and establish skill development centres for that specific product in the same district.
At the same time, the mandal leaders have also demanded to frame a policy for bringing back to Punjab the migrant workers who have shifted to their home states. It has also been demanded to start a digital platform for traders of Punjab and traders be given free hosting facility on this digital platform.
The mandal leaders have also demanded that under the Industrial Policy 2017 the facilities given on 50 per cent extension be given on 25 per cent extension of the industries too.

Punjab CM clears appointments of 8 next of kin of martyrs

FICO opposes hike of Rs.0.36 per unit in power tariff