The Punjab government has decided to order an inquiry into the pro-Khalistan activities of Amritpal Singh, president of Waris Punjab De (WPD) organisation which was floated by a controversial actor-turned-activist late Deep Sidhu. New Delhi, Sep 30: The Punjab government has decided to order an inquiry into the pro-Khalistan activities of Amritpal Singh, president of Waris Punjab De (WPD) organisation which was floated by a controversial actor-turned-activist late Deep Sidhu.

Punjab Finance Minister Harpal Cheema, who is number two in the state cabinet, said today that strict action would be taken against Amritpal Singh for anti-national speeches and activities.

Cheema was asked by reporters what the government was doing in response to the hatred being spread amongst the communities by Amritpal who openly challenged the "hakumat" and called the Sikh youths to "fight for azaadi".

Amritpal in his vitriolic speech openly criticised "Dilli hakumat" (Central government) for pushing "bhaiyas" from Uttar Pradesh, Bihar, Uttarakhand, and Himachal to outnumber Sikhs in Punjab. These "bhaiyas" were openly smoking and using tobacco on the land of Sikh Gurus violating the tenets of "our religion".

He said, "I will follow the path shown by Mahapurkh Bhindranwale and fight for "azaadi" of Punjab from the tyranny of the "zaalim hakumat".

He called upon the Sikhs to form vigilante squads and not to allow the use of cigarettes, tobacco, and drugs in their villages. "If the government fails to stop the use of these intoxicants, the boys will be free to take conclusive action themselves. In a message to Hindus, Muslims, and Christians living in Punjab, he said, "come and join us in our struggle so that no one doubts your sincerity towards Punjab".

In another congregation a few days back, he declared that the Sikhs could not live in slavery of those who for over the last 500 years had been trying to decimate the identity of the "martial race".

He elaborated that after Guru Nanak refused to wear a "janeu" (Hindu religious thread) since then the Sikhs became an eyesore for the "other community" (read Hindus). He then went on to mention Operation Blue Star and the 1984 anti-Sikh pogrom.

Addressing a large gathering in a village in Hoshiarpur, Amritpal said, "we are being forced by the ruling class to hoist 'tiranga' (tricolour) on our roof-tops though the 'Panth' has its very own �Kesri' flag inherited from Guru Gobind Singh and Maharaja Ranjit Singh."

The WPD is also recruiting "marjiwade" (suicide squads) in large numbers from all over Punjab, who will always be ready to lay down their lives for the "Sangat" whenever called upon to do so.

The founder of WPD, Deep Sidhu was the key accused in the violent incidents of January 26th, 2021 when during the farmers' protest in Delhi, a 'Kesri' flag was hoisted alongside the national flag on Red Fort. He was later arrested and released from Tihar jail of Delhi on bail after several days. He died early this year in a road accident in Haryana while travelling with his US-based girlfriend, Reena Rai.

Highly-placed Punjab police sources when contacted said that Dubai-based Amritpal Singh was being propped up by the ISI of Pakistan as a substitute for Bhindranwale.

He studied up to 10+2 only in an Amritsar village school where he lived before moving to Dubai.

Sangrur MP Simranjit Singh Mann is extending full support to the activities of Amritpal asking people to participate in the latter's congregations where youths are baptised.

A staunch critic of the radicals and the Khalistan movement, New Zealand-based TV and radio host Harnek Singh Neki warned that the actions of WPD, if not nipped in the bud, would once again put Punjab back to the dark days of bloodshed.

Another BSF constable among 3 arrested as Punjab police... 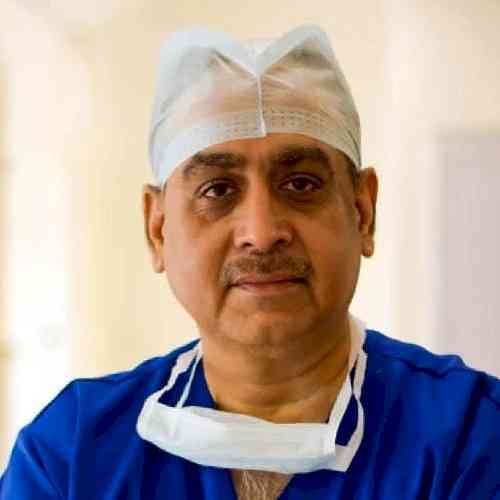 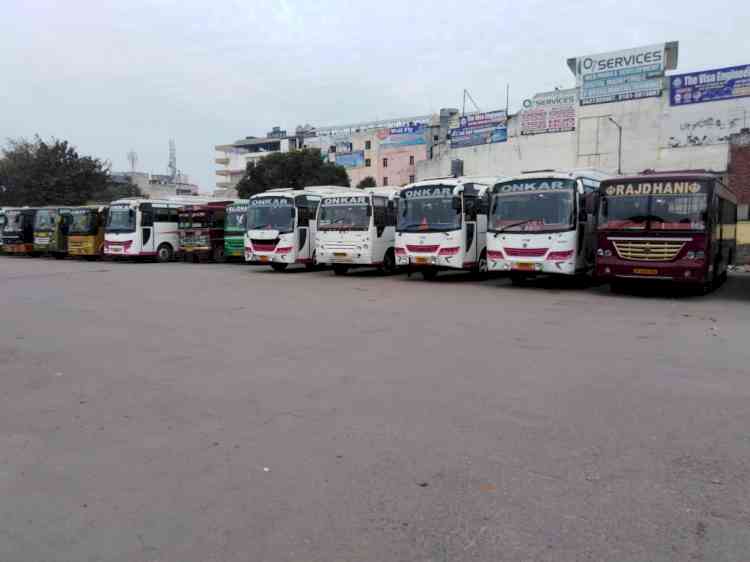 Most of bus stands in Punjab give deserted look today