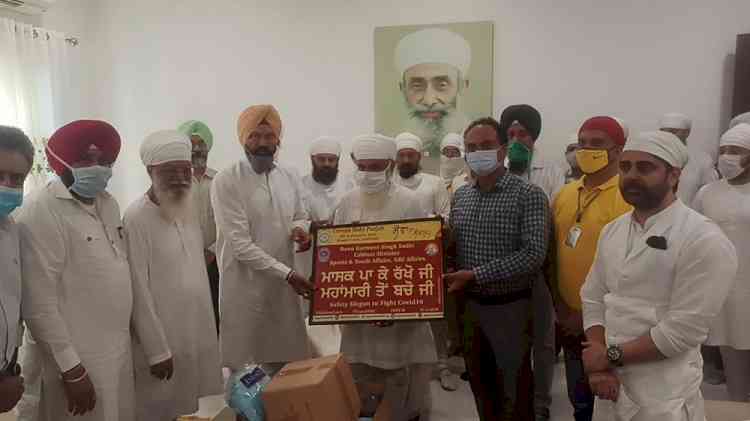 Ludhiana: The Punjab Government is spending Rs. 1 crore for the renovation of Hockey Astroturf at Shri Bhaini Sahib. The first instalment of Rs 50 lakh has been released. A sanction letter in this regard was handed over by the Punjab Cabinet Minister for Sports and Youth Affairs Mr Rana Gurmeet Singh Sodhi in person at the Bhaini Sahib Darbar today and handed over to the present head of Namdhari sect Mr Satguru Uday Singh.

Disclosing this here, Mr Rana Sodhi said that Punjab Government appreciates the service being rendered by Shri Bhaini Sahib in the field of sports. Keeping in view the efforts being made by this sect to engage the youth in sports, the Punjab Government has decided to renovate this astroturf. He said that the coaches of the Punjab Sports Department would also continue to render their services from time to time for the development of sports in the region.

He said that the Punjab government was making all-out efforts for the development of sports and sportspersons in the state. A special quota of 3% has been fixed for government jobs.

A children's football show match was also held on the occasion.