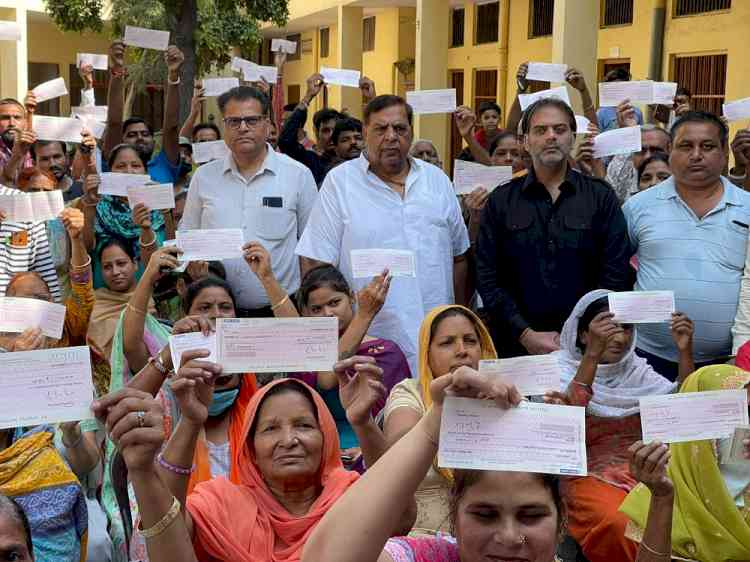 Ludhiana, October 23, 2021: Member of Legislative Assembly (MLA) from central constituency Surinder Dawar on Saturday distributed cheques of Rs 25 lakh among 100 beneficiaries having roofs of wooden beams in their homes.
In a simple but impressive function in ward number-59, MLA Surinder Dawar said that the Punjab government has released Rs 2.5 crore for 1000 residents falling in his constituency who have roofs of wooden beams in their homes so that they can change the concreted roof.
He said that most of beneficiaries belong to the weaker or downtrodden section of the society.
MLA lauded the Chief Minister Charanjit Singh Channi for launching this new financial assistance for the poor people so that they can live in pucca houses.  He said that since Channi has become Chief Minister, several pro-poor initiatives have been taken by the government and it has been leaving no stone unturned to facilitate the poor people.
He divulged that in his constituency, arrears of electricity bills worth Rs 35 crore belonging to nearly 35000 domestic consumers having load below 2 KW, is being waived off which would provide much needed succor to the people.

New parking at automated driving test track to be ready...