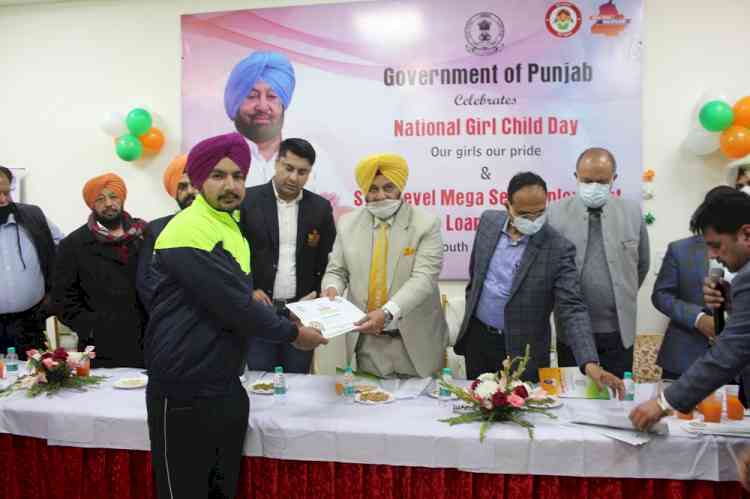 MAJOR INITIATIVE FOR THE EMPOWERMENT OF WOMEN
In a major initiative for the empowerment of women, the Punjab government also kick-started the National Girl Child Day celebrations with a clarion call to the society to come forward to protect the life and liberty of girls.
Underlining the need for creating grassroot-level awareness to further improve Punjab’s Girl Child Sex Ratio, which had gone up from 890/1000 in 2013-14 to 920/1000 during 2019-20, the Cabinet Minister said Punjab government’s decision to dedicate the month of January as ‘Dheeyan Di Lohri’ was a step in this direction.

MEASURES TAKEN BY PUNJAB GOVERNMENT TO NURTURE WOMEN POWER
Mr Sarkaria listed out various measures taken by the Punjab government to nurture women power, including 30% reservation for women in Government jobs, 50% reservation in Panchayat and Local Body elections, One Stop Centre Scheme in all Districts to support women and girls who are victims of violence or conflict, among others. He pointed out that the recently announced 50% concession in bus fare for women scheme would be launched shortly.

Buddha Nullah of Ludhiana needs elevated road as well as...