PUAA celebrates the talent of authors 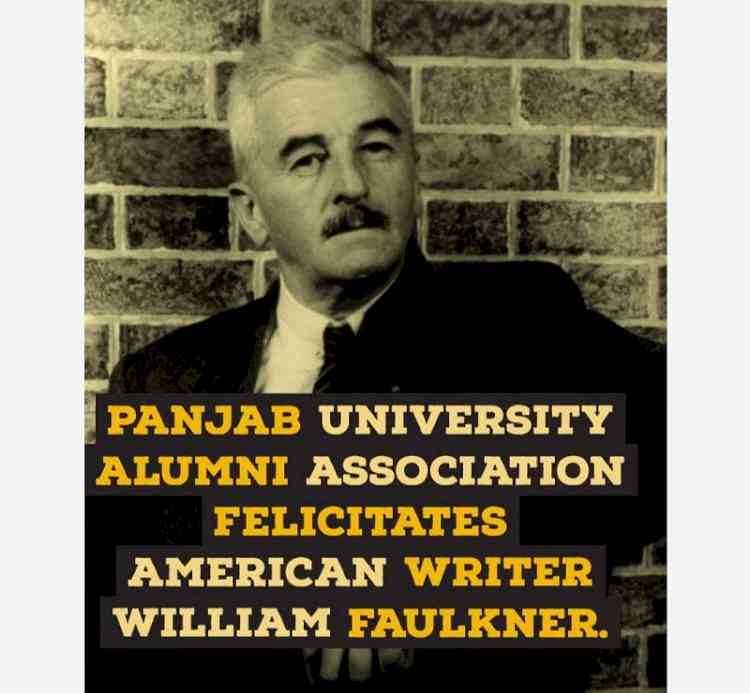 Chandigarh: Panjab University Alumni Association, Panjab university, Chandigarh has started a series of video lectures to celebrate the talent of some spellbounding authors under the guidance of Professor Deepti Gupta,Dean, Alumni Relations with the sole objective of inculcating reading habits.

The chief mission of the writer is to struggle for peace and upliftment of society in which he lives. This role is determined not only by his place in literature but also by the degree of his involvement in the society's public life. Literature is composed of those books only, which in the first place, provide aesthetic pleasure to the vast majority of men, and in the second place, deal with general human interest. By nature, writers are teachers.  Again, writers write because they have something to say to the world.  They have a lesson to teach, a lesson so important to them—whether it be moral, intellectual, idealistic, or cynical—that they’ve sculpted an entire story for the sheer purpose of teaching that lesson.

The First online Reading  workshop was conducted on 19th May to mark the birthday of Ruskin Bond, an Indian author of British descent whose stories have shaped the childhood of generations.

Miss. Mansi Jawrani, the resource person for the workshop read out a beautiful story ‘The Night Train at Deoli’ which is a simple yet powerful story on love, life and loss. Ruskin Bond himself believes that his stories are not about suspense, murder or mystery. Rather these are simple stories of simple folk in the pure and unspoilt land of the hills, forests, the bazaars and its flora and fauna.  Amidst the hustle and bustle of the city life and its rat race , Ruskin Bond’s stories are the perfect dose to make one think and ponder about the beauty hidden in the simplest of events.

Ruskin Bond’s first novel was ‘The Room on the roof’, which he wrote at an age of seventeen and earned the John Llewellyn Rhys Memorial Prize in 1957. His works can also be seen in text books of almost every school. . Apart from novels, he has written several essays, children books and poems. In 1993, he received the Sahitya Akademi Award, while Padma Shri in 1999. He lives with his adopted family in Landour near Mussoorie.

The second online Reading  workshop was conducted on 15th June by Ms. Mansi Jawrani to celebrate the genius of Indian poetess Kamala Das.  Her heart wrenching poem ‘The Old playhouse’ and excerpts from ‘A little kitten’ and ‘My story’ were read out.

Kamala Das (also known as Madhavikutty and Kamala Surayya) was always vocal about her experiences as a woman, writer, wife, mother and everything else that she was, through her writings. Ente Katha was serialized in the now defunct Malayalam weekly, Malayalanadu, in 1972. Kamala Das has spoken frankly about her marriage experiences, her children, extramarital affairs, her life as a famous and controversial writer. Although the novel evoked violent positive and equally negative reactions, its publication wasn’t stopped. The novel was first published in English in February 1973, and has been translated into several other languages.

Kamala Das was born in 1934 in the Malabar District, British India. She was the poetry editor of Illustrated Weekly of India. She penned hundreds of poems and stories in both Malayalam and English. Her columns were famous and widely read in India, through which she addressed a wide spectrum of matters like child care, women’s issues, and politics. She was also the esteemed VC of Kerala Sahitya Akademi, and the President of the Kerala Children's Film Society. Kamala Das was nominated for the 1984 Nobel Prize for Literature. Her works have been translated into several different Indian and foreign languages, including German, French, Russian, Japanese and more. She travelled to different countries to read poetry, including Adelaide Writers Festival, South Bank Festival, London, and the University of Bonn. Das was honoured with the prestigious Sahitya Akademi Award and the PEN Poetry Prize. In the year 1999, she was yet again in controversy as she converted to Islam and changed her name from Kamala Das to Kamala Surayya. She passed away in the year 2009, at the age of 75. Some of her most notable works as a writer are Sandal Trees, Only the Soul Knows How to Sing, A Childhood in Malabar: A Memoir, and The Kept Woman and Other Stories.

The third online Reading  workshop was conducted on 24th  June to celebrate the genius of American transcendentalist William Faulkner. His  gut wrenching story “That evening sun “ was read out.

In an attempt to create a saga of his own, Faulkner has invented a host of characters typical of the historical growth and subsequent decadence of the South. The human drama in Faulkner’s novels is then built on the model of the actual, historical drama extending over almost a century and a half Each story and each novel contributes to the construction of a whole, which is the imaginary Yoknapatawpha County and its inhabitants. Their theme is the decay of the old South, as represented by the Sartoris and Compson families, and the emergence of ruthless and brash newcomers, the Snopeses. Theme and technique – the distortion of time through the use of the inner monologue are fused particularly successfully in The Sound and the Fury (1929), the downfall of the Compson family seen through the minds of several characters. The novel Sanctuary (1931) is about the degeneration of Temple Drake, a young girl from a distinguished southern family. Its sequel, Requiem For A Nun (1951), written partly as a drama, centered on the courtroom trial of a Negro woman who had once been a party to Temple Drake’s debauchery. In Light in August (1932), prejudice is shown to be most destructive when it is internalized, as in Joe Christmas, who believes, though there is no proof of it, that one of his parents was a Negro. The theme of racial prejudice is brought up again in Absalom, Absalom! (1936), in which a young man is rejected by his father and brother because of his mixed blood. Faulkner’s most outspoken moral evaluation of the relationship and the problems between Negroes and whites is to be found in Intruder In the Dust (1948).

In 1940, Faulkner published the first volume of the Snopes trilogy, The Hamlet, to be followed by two volumes, The Town (1957) and The Mansion (1959), all of them tracing the rise of the insidious Snopes family to positions of power and wealth in the community. The reivers, his last – and most humorous – work, with great many similarities to Mark Twain’s Huckleberry Finn, appeared in 1962, the year of Faulkner’s death.

3rd international webinar on information generation, dissemination and use during...