Prof. Raj Kumar is the only officer to hold this coveted rank in Chandigarh 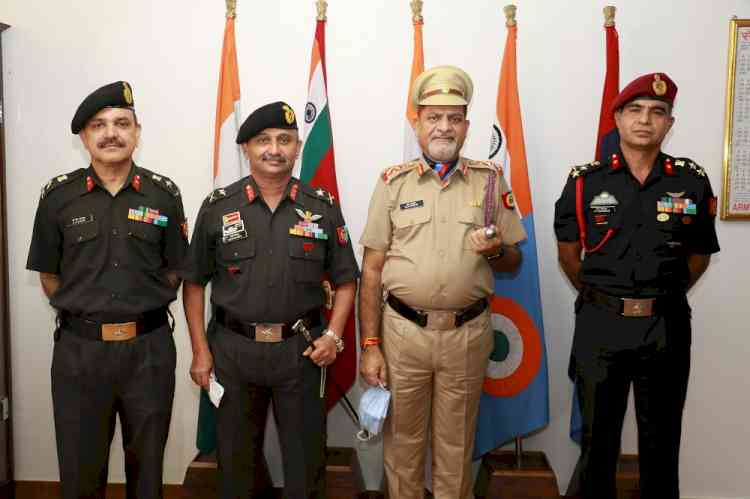 Chandigarh: Panjab University Vice-Chancellor, Prof. Raj Kumar was today conferred with the Rank of ‘Honorary Colonel’ and appointment of ‘Colonel Commandant’ in the National Cadet Corps (NCC) which is granted by Government of India through a Gazette Notification and is an honour granted to distinguished persons who can motivate NCC cadets and contribute in furtherance of NCC activities.

Prof. Raj Kumar is the only officer to hold this coveted rank in Chandigarh.