Says in this time of fear, anxiety and insecurity students are not mentally prepared to appear in examination 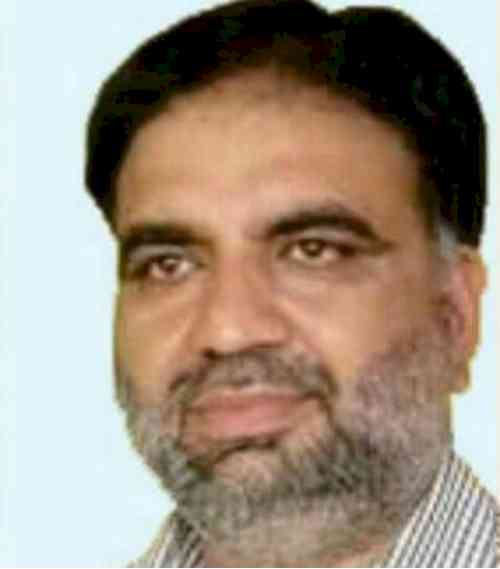 Ludhiana: After succeeding in his efforts of fight against the fee hike of certain courses of Panjab University (PU) Chandigarh, which has consequently compelled the syndicate of the PU to withdraw their decision, Panjab University Senator Naresh Gaur has now taken another task in his hands which is in the interest of students, teachers and as well as of university that is “Cancellation of examination of PU”.

Gaur said that, in the wake of Covid Pandemic, a plea to cancel all the semester examinations including final has been made to Vice Chancellor of PU. He said, in this time of fear, anxiety and insecurity students are not mentally prepared to appear in examination. Recently a group of student leaders also met Gaur and expressed their concerns related to appearing in examinations.

He said, the students has apprised him that the mental status of majority of the students is not stable due to this pandemic situation and asking them to appear in the exams will further add to their mental stress. Even the parents of the students are unwilling to send their wards to the examination centres. Keeping in view the situation Gaur requested VC and suggested that the students should be graded on the basis of their average marks obtained in last semesters. And if any student wants to appear for the exam to improve his/her previous performance, he/she can be given opportunity in the month of September, October or November based on how the situation evolves. He said, the same formula has been adopted by the Maharashtra government, where the Chief Minister Uddhav Thackeray has instructed all the universities in the state to let go of with the final year examinations.

Gaur said that, where letting go with examinations will lessen the mental burden of students, it will also avoid the teachers of attending examination duties in this situation, where precautions such as social distancing is to be strictly followed. Further as far as University is concerned, it will reduce the financial burden of the university, which is already going through an economic crunch.

Naresh Gaur said, he assured the students and parents that their sentiments will be strongly conveyed to the VC and his struggle for the decisions concerning betterment of the students will continue in the coming future.