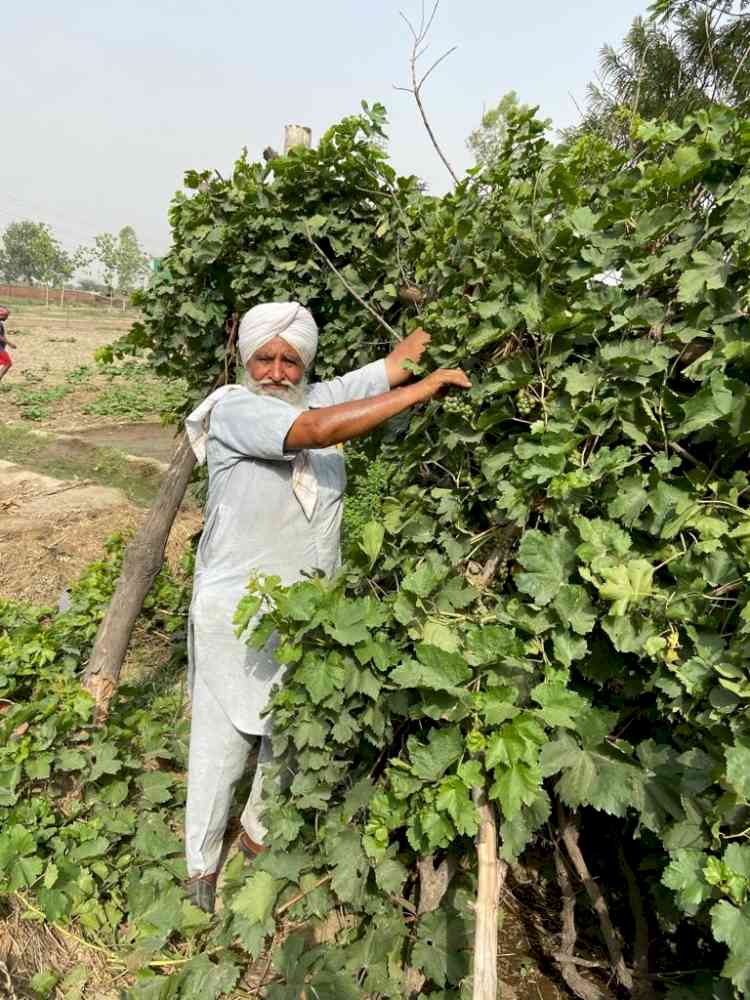 Ludhiana, September 26, 2021: The sincere efforts by state government in wiping out the stubble burning menace through new techniques and practices for managing the stubble has gained momentum with the farmers in Ludhiana have been giving their overwhelming support to the government's call and shunning the practice.
Gurmail Singh of Boparai Kalan is one of among such farmers who have been decomposing the stubble with the Mulcher machine and reversible MB ploughs in his fields since 2016. He said that this has decreased his cost of fertilizers and has also increased yield of crop. Singh stated that earlier he used to procure equipment from co-operative society but later he purchased his own and now he started giving the machine to other farmers so that they can also use for managing crop residue.
Singh said that the stubble burning kills soil's nutrients including 100 per cent nitrogen, 80 per cent sulphur and 20 per cent phosphorus and further produces dangerous gases in the environment that leads to health problems among the people. He stated that he along with other panchayat members have also held a meeting in the village and all took the oath for not burning the stubble.
Similarly, Jaspal Singh of Jallanpur village who has shunned the stubble burning and managing the crop residue is now creating awareness among his groups about the hazardous effects of this practice.
Singh who uses paddy straw chopper to cultivate paddy on 27 acres, said that now most of the farmers in the village plough the stubble in their fields which give good results.
Deputy Commissioner Varinder Kumar Sharma appreciated efforts of such farmers for adopting crop residue management and rejecting the stubble burning.
He said that the state government is committed to provide new machines to the farmers for managing the stubble so that none of them can indulge in the stubble burning.

Who will be “Sikander” in the political battle of Punjab?