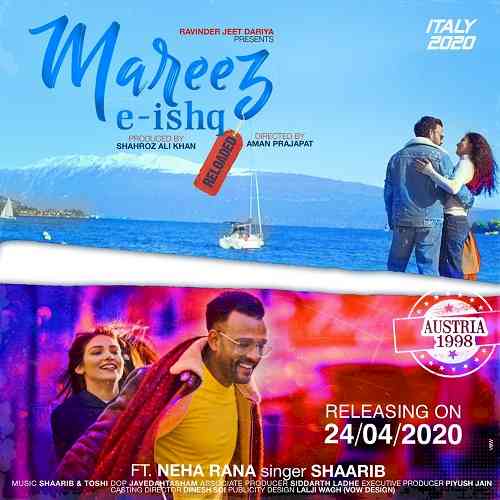 Producer Shahroz Ali Khan’s reloaded version of hit song 'Mareez-E-Ishq' is released today. The song is sung by famous singer Shaarib Sabiri who is known for tracks like ‘Mahi’ from ‘Raaz 2’.
The producer who is quite known in the Bollywood industry has shot the entire song in just two schedules and that too in two different countries which includes Italy and Austria.
The director of this music video, Aman Prajapat who is a crucial part of the project had even worked with Shahroz much before. He has given hits like ‘Milo Na Tum’, ‘Aeroplane’ etc and is well excited to be a part of this project too.
The music video will also see a fresh and a beautiful face with Neha Rana in lead. While interacting, The Producer of this song Shahroz Ali Khan said "I liked the creation and the concept of this song and thus decided it to shoot it in two different countries with two different stories as it deals with the story of reincarnation."
He also added that he has already produced number of music videos as an associate producer but with the current trend of remixes, which is quite a hit and along with that new original tracks have the power to make new history of success.
Producer Shahroz Ali Khan's brand new music video is released on 24th April 2020 across all platforms and creating waves.

The long hours during the shoot were fun because of the...

Disney+ Hotstar along with Nikkhil Advani set to launch...