Prayers for His Holiness the Dalai Lama’s long life

The just cause of Tibet will persist and Tibetan culture will contribute to the welfare of the world: Dalai Lama 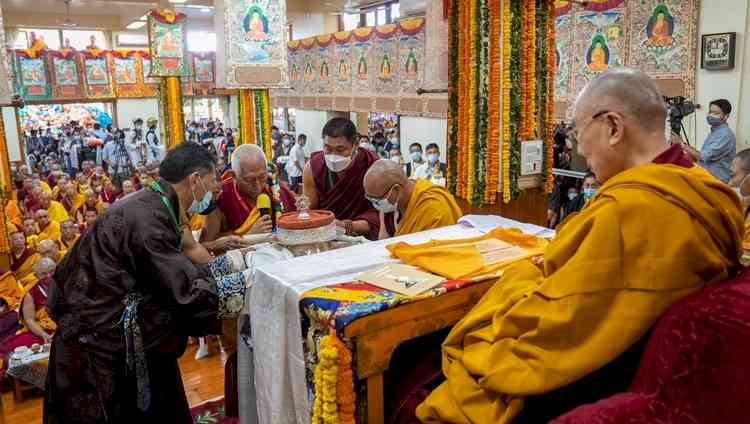 I’ve worked as hard as I could and now this old monk can spend more time on promoting human values: Dalai lama
Dharamsala, June 25, 2022: On Friday 1500 Tibetans representing five groups: Jöl-Kong-Gyel-sum, Yamdrok, Ngari, and Chang-ri, as well as Sera-jé Geshé Dölden Gyatso, congregated at the Tsuglagkhang,( the Main Tibetan Temple), in Dharamsala  North India to offer prayers for His Holiness the Dalai Lama’s long life. Eight hundred people bearing offerings to His Holiness took part in processions making their way through the temple before The Dalai lama.

As horns were played in welcome, His Holiness walked from the gate to his residence through the temple yard. He beamed with smiles as he waved to members of the public and dancers who had gathered to greet him.

Former Kalon Tripa(Prime Minister) Professor Samdhong Rinpoche  stood before His Holiness and recited “You’ve been here among us to serve the Dharma and all humanity.You’ve taught us the value of ‘ahimsa’—doing no harm, and ‘karuna’—compassion, inter-religious harmony, and a sense of the oneness of humanity in the context that everyone wants to be happy and not to suffer.”

“You’ve encouraged us all to understand that conflicts and disputes should be solved through dialogue and diplomatic means. You’ve brought benefit to Tibet by strengthening the Tibetan identity, introducing democracy and improving education in schools and monasteries. To settle the question of Tibet you have introduced the Middle Way Approach.”

“These are some of the ways you have contributed to the welfare of Tibet and humanity at large. These are things that everyone can see and which have been acknowledged when you were awarded the Nobel Peace Prize, the Congressional Gold Medal, the Templeton Prize and so forth. Please live long to be able to continue to benefit not only Tibetans but the whole of humanity.”

There was a recitation of a prayer for His Holiness’s long life composed by his Tutors, Ling Rinpoché and Trijang Rinpoché. It was followed by another prayer by Jamyang Khyentsé Chökyi Lodro that reviews His Holiness’s qualities in relation to the various spiritual traditions of Tibet.
The Dalai Lama said:-

“We’ve done the White Tara Long Life Offering,” His Holiness told the congregation. “We all have a strong karmic connection due to prayers we’ve made in the past. Because of this I also have a special connection with the people of Tibet. Although the affairs of Tibet have waxed and waned over the years, I think I have managed to do something to help.”

“Many in China are paying attention to the significance of Tibet. People around the world, scientists among them, are taking an interest in Tibetan traditions. The just cause of Tibet will persist and Tibetan culture will contribute to the welfare of the world.

“I’ve retired from political responsibilities and remain a guest of the Government of India here in the Kangra Valley, a location chosen for me by Pandit Nehru. We have a Tibetan Parliament and an elected leadership capable of dealing with political affairs. I’ve worked as hard as I could and now this old monk can spend more time on promoting human values.

“In my daily practice I focus on bodhichitta and emptiness. I generate bodhichitta every day in order to fulfil the purpose of others and myself. I have a special link to Avalokiteshvara, but I also feel that I may have studied with the great master Chandrakirti. From chapter six of his treatise ‘Entering into the Middle Way’, I reflect on verses 34-38 every day.

“The people of Tibet and the Buddhadharma of Tibet are constantly in my thoughts and the very least I can do is to make prayers for them—although today I’ve been able to rely on Samdhong Rinpoché to lead the prayers.

“You Tibetans must do your best. The worst times are past and now we have to look forward with hope. That’s all—thank you.”

Minister of State for Housing and Urban Affairs Kaushal Kishore and other distinguished...

Status Update: It’s Complicated! - Find out with the &pictures premiere of Badhaai... 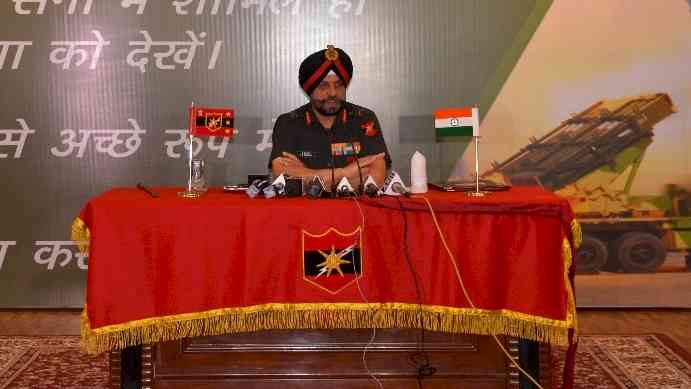 Army to skill Agniveers as per their talent: Lt Gen Bhinder 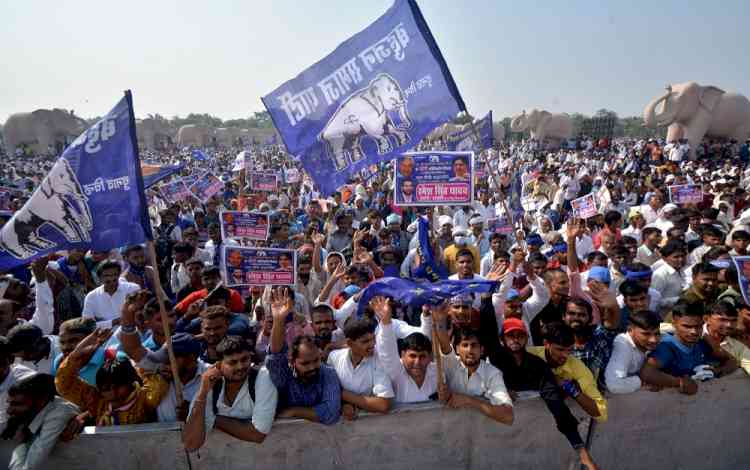 BSP may emerge king maker in UP and Punjab

CM to lay stones worth crores of projects in Dharamshala:... 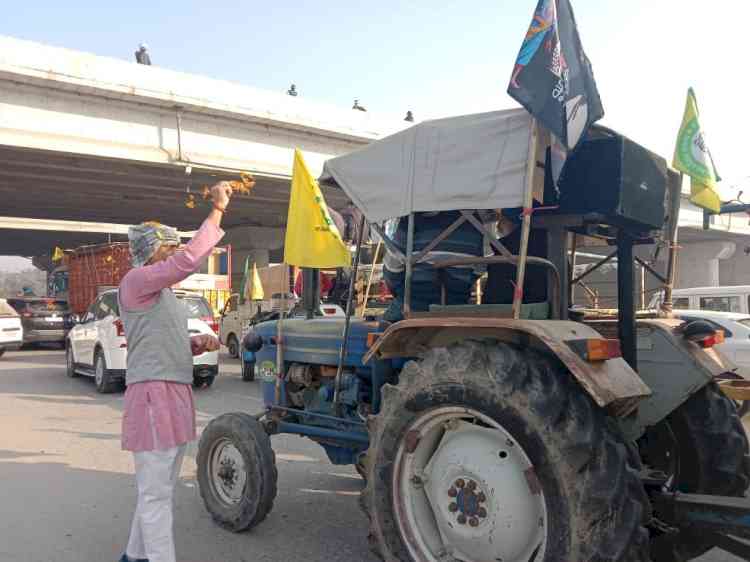