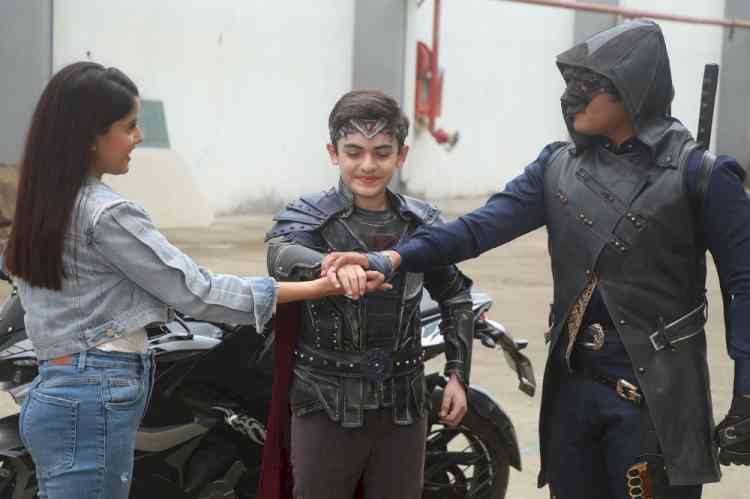 The fantasy world of Baalveer Returns is set to showcase back to back power packed revelations this week. Baalveer (Vansh Sayani) and Nakabposh’s (Dev Joshi) bravery and courage has captured the imagination of millions across the country and has ensured the fans are thoroughly enjoying the fresh episodes. Sony SAB‘s Baalveer Returns will continue to take the viewers on a thrilling journey of the battle of good over evil and this time with a week full of shocking revelations.

Previously, Nakabposh was unsure about Ananya’s (Anahita Bhooshan) intentions and her real identity. It is revealed that Ananya’s mission is same as Nakabposh and she will be seen joining the team Shadow – Nakabposh, Vivaan aka Baalveer and Ananya, to fight Timnasa (Pavitra Punia) and put an end to her destructions.

While a stronger team is finally in place to fight Timnasa, Kaal Lok is still trying to find Nakabposh’s real identity. The episodes further will witness one of Timnasa’s teammate learn the truth about Nakabposh’s real identity. On the other hand, the week concludes with the most shocking cliff hanger where the mystery behind Vivaan and his mother, Karuna’s (Jaya Binju) relationship is finally unveiled.

Dev Joshi, essaying the role of Nakabposh said, “This week is full of thrilling revelations on Sony SAB’s Baalveer Returns. My character Nakabposh has so far been successful in hiding his real identity by wearing a mask. This week a member from Kaal Lok will finally learn his truth. It will be interesting to watch how Nakabposh will deal with this situation.”

Anahita Bhooshan, essaying the role of Ananya said, “Ananya came to Bharat Nagar with a motive. To accomplish her mission, she has joined hands with Nakabposh and Vivaan aka Baalveer to fight Bhayrani Timnasa. I am excited about this development in the storyline as I will now get to work on fight sequences. It will be a great change.”

Bollywood film based on social rom-com drama is coming...

Special screening of Code M of ALTBalaji and ZEE5