Prime Minister Narendra Modi today laid the foundation stone of Bulk Drug Park at Una to be set up in Haroli constituency of Una district. 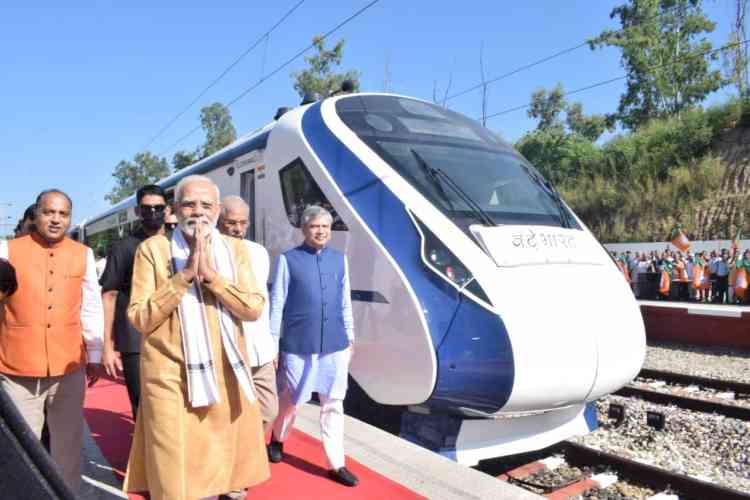 Earlier, the Prime Minister flagged off the inaugural run of the new Vande Bharat Express from Amb Andaura, Una to New Delhi, from Una Railway station.

The introduction of Vande Bharat Express train will help boost tourism in the region and provide a comfortable and faster mode of travel. The travel time from Una to New Delhi will be reduced by two hours.

While addressing the public  at Una, Prime Minister  Narendra Modi said, “Today work is beginning on the second bulk drug park of the country at Una. Being chosen as one of the only three states for a bulk drug park is a momentous decision for the state and is a result of our affection and dedication for the state. Similarly, the decision to bring Vande Bharat to Himachal Pradesh also shows the priority that the government accords to the state. He pointed out that earlier generations from the state had not even seen a train, and today, Himachal has one of the most advanced trains running from here. He expressed satisfaction with how the double-engine government is working for the progress of the people.”

The Prime Minister remarked that earlier governments at Himachal Pradesh and Centre paid no attention to the needs and aspirations of the citizens of Himachal Pradesh. The Prime Minister interjected that time has changed for the better now and the present government is not only working to fulfil the needs of the people but also aiming to realise their hopes and aspirations with utmost dedication and force. “We are not only filling the gulf of development left by the previous governments but also building strong pillars of foundation for the state”, he added.

The Prime Minister pointed out that In India, the earlier government made even  basic care difficult for the common people.  Hilly areas were the worst hit by this. “New India is overcoming challenges of the past and growing rapidly. Amenities that should have reached the people in the last century are being made available now. We will get the amenities of the 20th century and will connect Himachal Pradesh with the modern facilities of the 21st century”, he added. He said rural roads are being constructed at double the speed and broadband connectivity is being taken to Gram Panchayats.

The Prime Minister informed that Himachal Pradesh has played a crucial role in making India the number one medicine manufacturer in the world and its possibilities are only going to increase. “The entire world has witnessed the strength of the medicines manufactured in Himachal Pradesh”, Shri Modi added. He further pointed out that now that raw materials for medicine manufacturing will be produced in Himachal Pradesh, India’s dependency on the other nations is going to decrease significantly.  The Prime Minister highlighted that the government is providing free treatment expenses up to five lakh rupees for the poor and needy through Jan Aushadhhi Kendra under the aegis of Ayushman Bharat Scheme. “Bulk Drug Park will give further strength to the government’s campaign to provide quality and affordable medical care to people”, he pointed out. “Be it agriculture or industry, it is connectivity that provides impetus to the pace of development”, Shri Modi said. He gave the example of Nangal Dam-Talwara railway line which was approved 40 years ago and no progress was seen on the ground for 40 years till the current government took it up in right earnest. Double-engine government is committed to improving railway connectivity across Himachal Pradesh. Today, when the country is connected with Made in India Vande Bharat trains, Himachal is becoming one of the leading states in the country, he said.

The Prime Minister underlined the new working style of delivering on promises and delivering before time. He said “unlike earlier times when Himachal was valued less on its strength and more on the basis of the number of its Parliamentary seats, long pending demand for educational institutes in the state is being tackled with urgency. Himachal had to wait for the Double Engine government to get IIT, IIIT, IIM, and AIIMS. Education sector-related initiatives in Himachal Pradesh will immensely benefit the students". Students will get more relief from the permanent building of IIIT in Una, he said. The Prime Minister who had laid the foundation stone of the IIIT building is today dedicating the building to further underline the changing work culture. He complimented the people involved in the project for completing it on time despite the challenge of the pandemic.

Pointing out the need for skill and innovation institutions across the country, the Prime Minister said that it is our biggest priority today to hone the skills and potential of the youth. He also noted the contribution of the youth of Himachal by serving in the army and creating new dimensions in the security of the country. “Now different types of skills will help them to take them to higher positions in the army as well”, he added.

The Prime Minister was presented with the Himachali Cap, Shawl, ‘Dev Rath’ and Chunari of Mata Chintpurni by the Chief Minister Jai Ram Thakur on behalf of the people of the State.

Chief Minister Jai Ram Thakur thanked the Prime Minister Narendra Modi for laying the foundation stone of Bulk Drug Park, dedicating IIIT Una and flagging-off ‘Vande Bharat Express Train’ for the State. He said that the Rs 1923 crore Bulk Drug Park mega project would be set up in an area of 1405 acres in the villages of  Haroli  assembly constituency of Una district. He said that out of this, about Rs 1100 crore grant would be provided by the Centre and the remaining amount would be borne by the State Government. He said that this Park would generate potential investment of Rs 50,000 crores and thousands of employment opportunities for the youth of the State.  With the establishment of this Park related subsidiary enterprises, economic activities would increase and the country's dependency of China for supply of API will be reduced to a great extent and Himachal would be able to play a strong role in India's self-reliant campaign, he added.

The Chief Minister said that despite being a small State, Himachal Pradesh has shown a way for several bigger States of the country in attracting investment to the State. He said that the former Prime Minister late Atal Bahari Vajpayee provided a Special Industrial Package for the State, which attracted huge investment in the State, particularly in the Pharma sector. He said that the State also provided several incentives to the potential entrepreneurs and the State's ranking in ‘Ease of Doing Business’ has improved from 16th Rank to 7th Rank in the country.  He said that now the Bulk Drug Park sanctioned by the Prime Minister for the State would prove a game changer for the State in general and people of the region in particular.

Jai Ram Thakur also urged the people of the State to provide their wholehearted support to the BJP Governments at the Centre and the State, so that this pace of development goes uninterrupted for many more years to come. 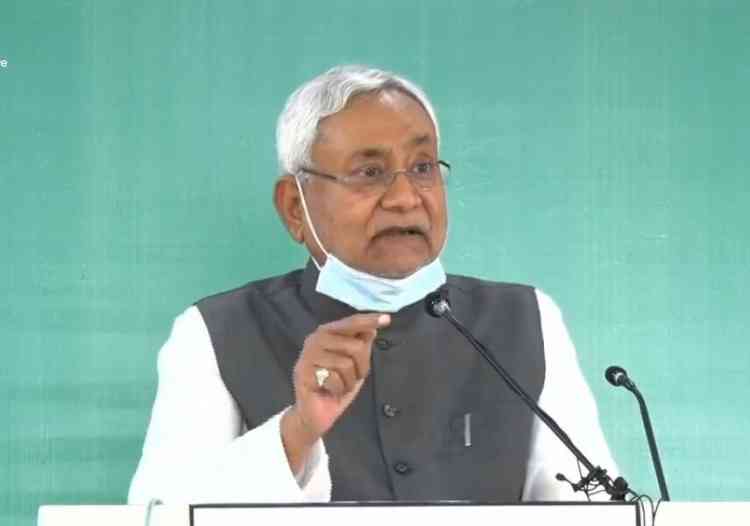 'Cannot do anything..': Nitish rules out relief on fuel... 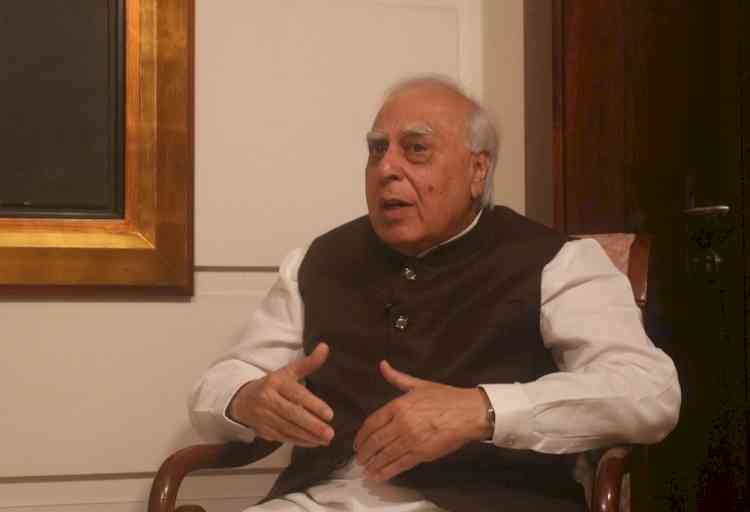