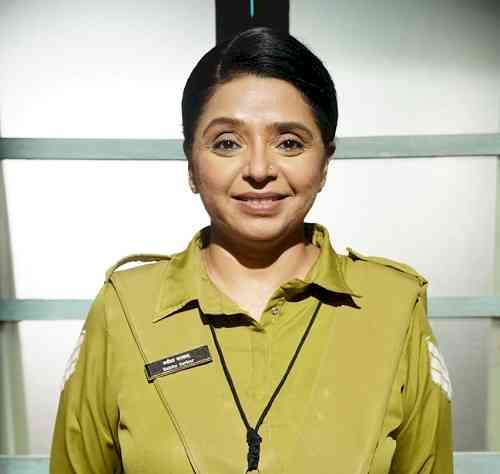 Highlighting the concept of ‘Policing with heart’, Sony SAB’s Maddam Sir has kept the viewers entertained as the four female police officers solve every case in their unique ways. The show has taken an exciting turn, and the immensely talented actress, Vaishali Thakkar has made an entry as Head Constable Babita Sarkar, who trained both Karishma (Yukti Kapoor) and Haseena (Gulki Joshi) trained during their police academy days.

Babita Sarkar is set to bring back Karishma’s memories of the police academy days. Babita has groomed and mentored Karishma to carve her into an officer she is today. While Karishma idolizes Babita and considers her a mentor, Babita is a little too critical of Karishma’s actions and decisions but immensely supportive of Haseena’s.

How will Karishma feel about her mentor supporting Haseena and her decisions? Will Babita’s entry intensify the tension between Haseena and Karishma?

Talking about her character Babita Sarkar, Vaishali Thakkar said, “Babita is one of the most interesting characters’ that I have had a chance to play so far. When I was approached for this role, what struck me the most was the different and contrasting layers that the character has. Babita is dominating, powerful, caring and a very strong character. She is a woman of substance. What makes her entry in the Mahila Police Thana interesting is the fact that she has mentored and trained both Haseena and Karishma. With the existing clashes between the Haseena and Karishma it is really exciting how Babita changes the air of this thana and adds her own style to it.”

Vaishali while revealing her experience on the sets and the challenges she faced while acing the role, she said, “This is the first time I will be playing the role of a cop. It is exciting and it challenges me on many levels as an artist. For me getting the UP accent right was a difficult task but I am glad I was able to polish that while shooting. Babita is a loud, extremely powerful and a dabang character. It was fun to channel that energy and portray such a raw character. It has been only a few days on the set but I am loving the vibe already. Especially with Yukti, since we have several scenes together, she instantly made me extremely comfortable on the set.”

Mortality due to diabetes come down in high income countries