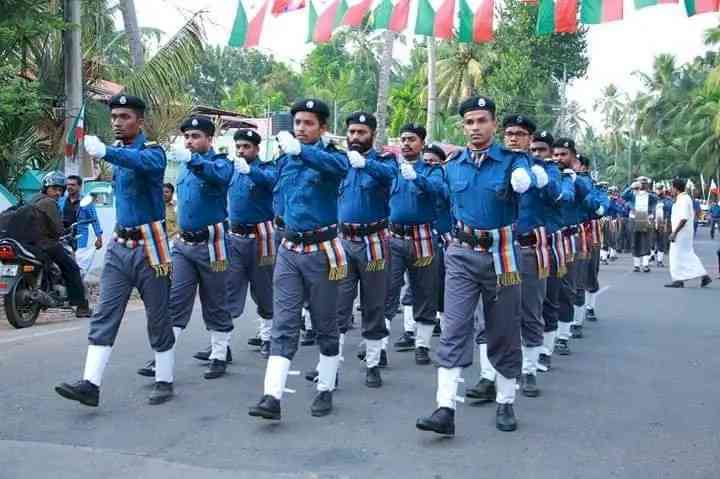 New Delhi, May 14: The Popular Front of India (PFI) was launched on February 17, 2007, at the Empower India Conference in Bengaluru, Karnataka, by the Karnataka Forum for Dignity (KFD), National Development Front (NDF), Manitha Neethi Pasarai (MNP) and the South India Council.

The NDF has been termed as a predecessor to PFI, including by PFI itself. The PFI's vision, according to its website includes empowerment of Muslims with a focus on reservations in education and employment.

On ground, things are quite different.

The CPI(M) government in Kerala termed the NDF a terrorist outfit with claims that it received funding from Pakistan and Iran. In an affidavit before the Kerala High Court in 2012, the government said the PFI is nothing but the Students Islamic Movement of India (SIMI) in a resurrected form. PFI's National Executive Council member, P. Koya held high positions in NDF and SIMI respectively. Similarly, PFI Vice-President, E.M. Abdul Rahiman and E. Abubackar (NEC Member) both held top positions at SIMI.

SIMI was declared a terrorist organisation and was banned in 2001 due to its involvement in terrorism. The objectives of SIMI were clear-lead life according to the Quran, propagate Islam and wage jihad. To meet the objectives, SIMI not only instigated riots but was involved in various bomb blasts. It was supported and funded by the World Assembly of Muslim Youth (WAMY), Riyadh, and the International Islamic Federation of Students' Organisations (IIFSO), Kuwait. SIMI has links with the Jamaat-e-Islami (JeI) units in Pakistan, Bangladesh and Nepal. SIMI was in contact with ISI and its terror fronts -- Lashkar-e-Toiba, Jaish-e-Mohammed, Hizb-ul-Mujahideen (HM) and Harkat-ul-Jehad-al Islami Bangladesh (HuJI-B).

A Central government law enforcement official, with a track record in intelligence gathering told this researcher: "The PFI professed itself to be an egalitarian organisation for the upliftment of the Muslim community. As it gained popularity and spread in influence, its underlying radical ideology became increasingly evident."

Members of the erstwhile SIMI learnt their lessons after facing arrests and bans. Now they have developed a strategy whereby publicly they say that they promote national integration and uphold the democratic and secular fabric of the country. However, in 2017 India Today conducted a sting operation wherein PFI's founding member and managing editor of its mouthpiece--Gulf Thejas, Ahmed Shareef confessed to PFI's hidden agenda of converting India into an Islamic state. To that end, it is working on mass proselytising and receiving illegal funds through mainstream and hawala channels.

In 2013, 13 members of PFI were convicted for assault on college professor TJ Joseph where his hand was chopped off on allegations of blasphemy.

Ironically, on its website the PFI says that none of its members is accused, jailed or booked for mass murder, anti-national activity or terrorism. The reality, however, is harsher.

In 2013, PFI was found organising a training camp at Narath in Kannur, Kerala, to impart training in the use of explosives and weapons to prepare people for terror activities against India. The National Investigation Agency (NIA) took over the case under which 21 people were convicted by the NIA special court in 2016.

Nearly 40-50 individuals from Kannur, Kerala, joined ISIS in Syria along with families. All happened to be PFI activists. The key figure in the Kannur module was Shajahan Valluva Kandy, who had twice tried to go to Syria but was sent back along with his wife and two children. Shajahan told the NIA that he had joined ISIS to establish Islamic Shariah law in the subcontinent. Shajahan had been associated with the PFI since 2006 when the outfit was known as NDF. One of his PFI comrades, Muhammed Shameer--who had moved to Syria, had motivated him to join the ISIS.

The PFI has been involved in violence across the country. In 2012, a hate campaign was launched where bulk SMSes were sent from Pakistan in collaboration with PFI asking people of North-East India in south India to flee in retribution for Assam riots. The hostile messages caused panic among people from North-East India who also faced violence and attacks. In 2020, a Facebook post against Prophet Mohammad flared up into riots when the Social Democratic Party of India (SDPI), the political wing of the PFI, instigated people. Nearly 200 people were injured, several dead and a police station attacked.

The Central government official said: "Their acts of violence especially the attacks on a police station in Bengaluru over a social media post was a sample of what might follow. Mob violence against government functionaries is a replica of stone pelting in J&K where retaliation by the police is publicised as human rights violations against unarmed civilians."

PFI was also named in the anti-CAA riots in which 59 people were killed and more than 200 injured. In its investigations, the Enforcement Directorate (ED) claims that Rs 120.50 crore were credited to the accounts of PFI and there was a link between the withdrawal of money and anti-CAA demonstrations.

Reports also say that Rs 1.65 crore was given to PFI Kashmir chapter. In 2022, ED arrested PFI's Kerala executive council member, MK Ashraf in a money laundering probe. ED is probing PFI's Indian and foreign properties which its leaders have used to launder proceeds of crime committed in India and abroad.

Recently, the Campus Front of India (CFI)--the student body organisation of PFI, was involved in the 2022 Hijab row case, where it instigated school children to protest over the hijab, which was not part of the school curriculum. The issue led to riots in Shivamoga where the PFI was found involved.

The Central government official said: "PFI campaigns against the CAA, revocation of Article 370 in J&K and others have been aimed at political intimidation of the Central and state governments. It has run several social media campaigns which aim at drawing Muslims towards an anti-establishment drive--through apparent violent means."

What is alarming is that the PFI, much like its predecessor SIMI, is getting external support and has met organisations affiliated to global terror organisations such as Al- Qaeda.

According to a Nordic Monitor investigation, PFI officials met Turkish NGO, Foundation for Human Rights and Freedoms and Humanitarian Relief (Insan Hak ve Hurriyetleri ve Insani Yardim Vakfi, or IHH) on October 20, 2018. The IHH has been named as the Al- Qaeda-linked Turkish charity accused of supplying arms to jihadists in Syria and Libya.

IHH is working closely with Turkish spy agency MIT to enable jihadist networks. IHH employee Ibrahim Sen was running a Turkish Al-Qaeda cell and using charity as a cover to move supplies to terrorists in Syria. Sen was detained in Pakistan on alleged Al-Qaeda links and transferred to Guantanamo where he was kept till 2005 before US officials decided to turn him over to Turkey. According to intelligence documents submitted to the UN Security Council on February 10, 2016, IHH supplied arms and other supplies for the Al-Qaeda-affiliated group, the Al-Nusra Front.

The Turkish President Recep Tayyip Erdogan mobilises IHH whenever he needs political cover in the face of public pressure and criticism. IHH has been banned in Germany and Israel due to its terror support activities.

Erdogan has ambitions to establish the glory of Ottoman Khilafat and dominance over the Muslim world. However, that glory is incomplete without the support of South Asian Muslims. Pakistan has already been overwhelmed by Turkey, which has also shown support for Pakistan's stand on Kashmir. According to a 2020 report by a Greek journalist, Andreas Mountzouralias and the Firat News Agency, Erdogan plans to send mercenaries to Kashmir.

Muhammed Abu Amsha, Commander of the Syrian National Army (SNA) militia--Sulayman Shah Brigades said Turkey wanted to relocate some units to Kashmir and volunteers would be paid $2,000. SNA is described as an auxiliary army of Turkey and has been used as mercenaries in Libya and the Nagorno-Karabakh war.

The PFI issued a statement endorsing Erdogan after a 2016 coup attempt. The Turkish government reciprocated by promoting the PFI on the State-run Anadolu News Agency as a social group whose members were abused by the Indian police. With so much bonhomie between PFI, Turkey and Pakistan, it is highly unlikely that Turkey and Pakistan would decline the services of PFI to send money to jihadists in Kashmir.

In February 2018, Jharkhand banned PFI due to its dangerous ideology. The Jharkhand High Court revoked the ban saying "due process" was not followed. After following the "due process", Jharkhand again banned the PFI in February 2019. Recently, Republic TV broke the news that the Union government is likely to ban the PFI. The Ministry of Home Affairs has said it has ample evidence to ban PFI. Even in 2021, Solicitor General Tushar Mehta had told the Supreme Court that the Centre is in the process of banning the PFI.

Given its track record--involvement in riots, illegal financial transactions, proximity to global terror organisations and countries hostile to India, chances are high that the PFI will be banned. But the bigger issue is its dangerous ideology as individuals can start a new front under another name. SIMI was formed in 1977 in Aligarh, Uttar Pradesh, and PFI in Bengaluru, Karnataka in 2007. Despite a gap of 30 years, their founding members remained the same along with their anti-India ideology. But their strategy and tactics have become sophisticated and kept pace with changing times.

The Central government official adds: "The PFI should be banned in a comprehensive manner. Its offices, bank accounts and related establishments should be sealed. Its leadership, prominent members and violence mongers should be arrested. Finally, it should be declared as a terror organisation with a UN-designated worldwide ban." 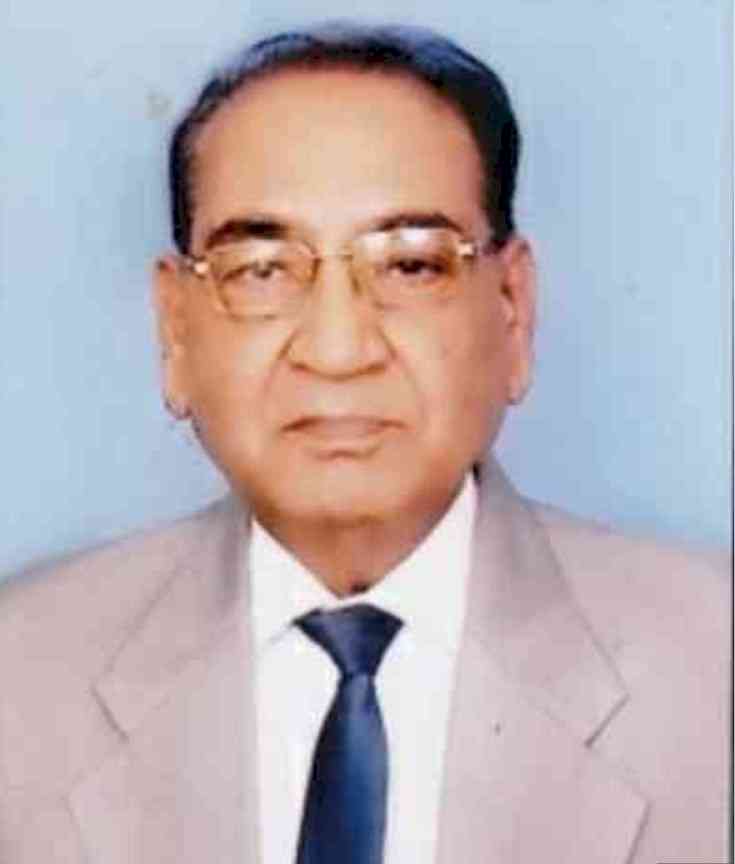 India is now in big crisis because of high steel prices