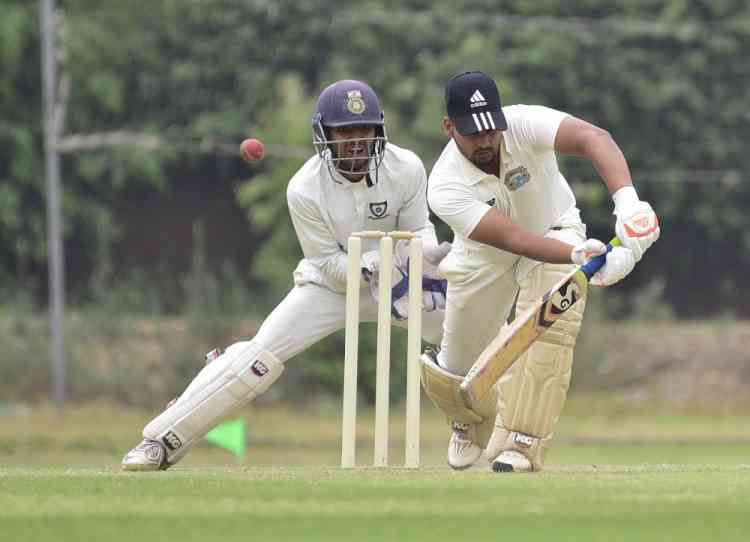 PCA Rest of Punjab Red won the toss and elected to field first. A well-founded Partnership of 66 runs between Punjab Green’s batsmen Venus Garg (67 runs of 114 balls, 4 fours and 1 six) and Naman Dhir 31 runs of 49 balls 2 fours laid the foundation for Punjab Green. Ashish Malhotra contributed an attacking 86 of 84 balls with 12 fours helping his team to a healthy total of 246 for 6 in allotted 50 overs. For Punjab Red Hartejassvi Kapoor & Prerit captured 2 wickets each and Deepin Chitkara & Jassinder took one wicket each.

Punjab Red’s Mandeep Inder Bawa was declared man of the match. This was the second win for Punjab Red in the tournament and they have 4 points in total. Points table is presently being led by PCA Punjab XI with 6 points from 3 matches.

Mandeep Inder Bawa being honoured as "Man of the match".

Two girl sailors from Hyderabad selected for the World...