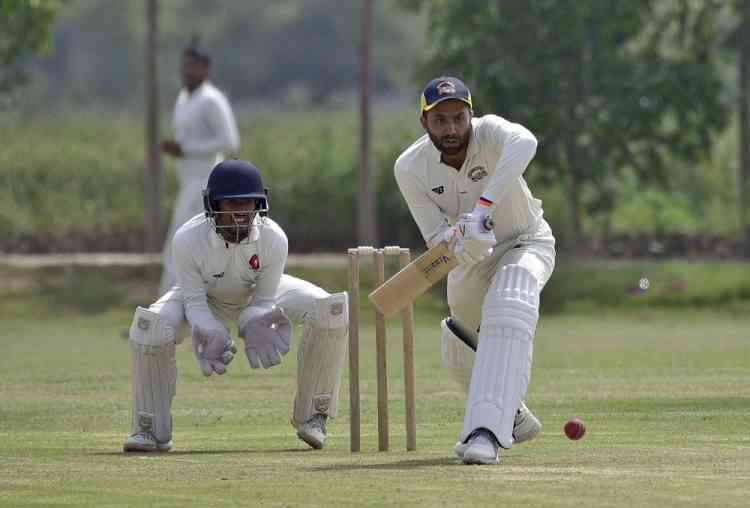 Ludhiana: In the ongoing TRIDENT PCA CUP 2021- Triangular Challenger Series, in the last of the league matches played today PCA Punjab XI took on PCA Rest of Punjab RED at the Hara Cricket stadium at Baddowal, Ludhiana. Due to bad weather and rain early in the morning the match started late at 12:30 pm and the play was reduced to 28 over’s.

PCA Punjab XI won the toss and invited Punjab RED to bat first. A well played responsible innings by opener Vishwa Pratap scoring unbeaten 87 runs in 86 balls with 7 fours and 3 sixes, supported well by his team captain Gitansh Khera who came to bat in 12th over as 3rd down and contributed unbeaten 62 runs in 49 balls with help of 5 fours and 2 sixes, which helped the team to reach a respectable score of 182 runs for loss of 3 wickets in the allotted 28 over’s.

Due to persistent bad weather and fading light the match was reduced to 24 over’s and the revised target set for PCA Punjab XI was 165 runs in the allotted over’s.

PCA Punjab XI topped the league by winning all their 4 matches and getting 8 points. Punjab Red stands on the second position with 4 points after winning 2 of their league matches.

Tomorrow 23rd March will be a rest day for the teams and finalists PCA Punjab XI and Rest of Punjab RED will meet again in finals starting from 24th March at PCA Stadium Mohali. Winner to be decided from Best of three final matches and will be played at PCA Stadium Mohali on 24-25-26th March 2021. Third match will only be played if required.

It is Jhansi Priya Laveti, all the while on the fourth...