Paytm Travel sees booking of over 20,000 bus tickets, as migrants head back home 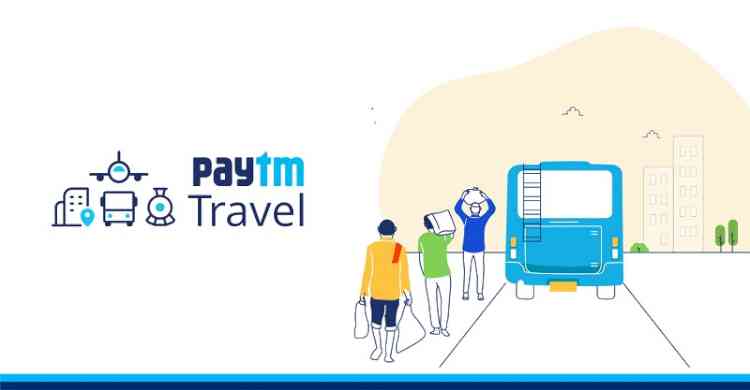 Hyderabad: India’s horizontal travel major that has been a pioneer in launching innovative features for flight, bus and train travellers, Paytm Travel today announced that over 20,000 bus tickets were sold from May till date as eager migrants made their way back home. The travel and ticketing major is witnessing a consistent increase in the number of bookings for both government and private bus services.

After the government eased lockdown norms and resumed private and state bus services to allow interstate travel, citizens mostly migrants living in metro cities booked tickets on Paytm Travel to go back to their hometowns. Most of the tickets booked on from Delhi, Mumbai, Lucknow, Bengaluru, Kolkata are for tier-III and beyond towns including Patna, Darbhanga, Muzaffarpur, Kanpur, Asansol, Vishakhapatnam, Cuttack among other centers.

While state transport bus services contributed to about 70% of the bookings on Paytm Travel, the rest were from privately run buses. Starting June 1, the company is seeing a daily average of over 1500 tickets being booked as more seat inventory and bus routes open up in states including Karnataka, Assam, West Bengal, Bihar, Maharashtra, and Gujarat among other states.

Some of the popular routes over the last one month are Delhi-Darbhanga, Delhi-Gorakhpur, Kolkata- Asansol, Vijayawada-Visakhapatnam, Vizianagaram-Visakhapatnam. Paytm Travel in the last 15 days has been trending at close to 250% of the average daily search volume witnessed before the lockdown began in March. Since the bookings opened up, over 1 crore searches for flight, train and bus tickets with a surge in demand happening over the weekend. The searches hit a peak of 2.5 lakh requests per hour during weekends.

Abhishek Rajan, Senior Vice President - Paytm Travel, "For many the bus service is the most economical and reasonable form of transport. During this pandemic, we have seen how bus transport is a lifeline especially for millions of migrants who heavily rely on it to travel between metropolitans where they work and their hometowns. Over the next few weeks, most of the demand would be of people going back home."

Sharp Spike in cases of mature cataract and dry eyes during...

All 29 samples of Corona suspects in Kangra district tested...

SPEAK’s seminar on ‘use and abuse of drugs and India’s...