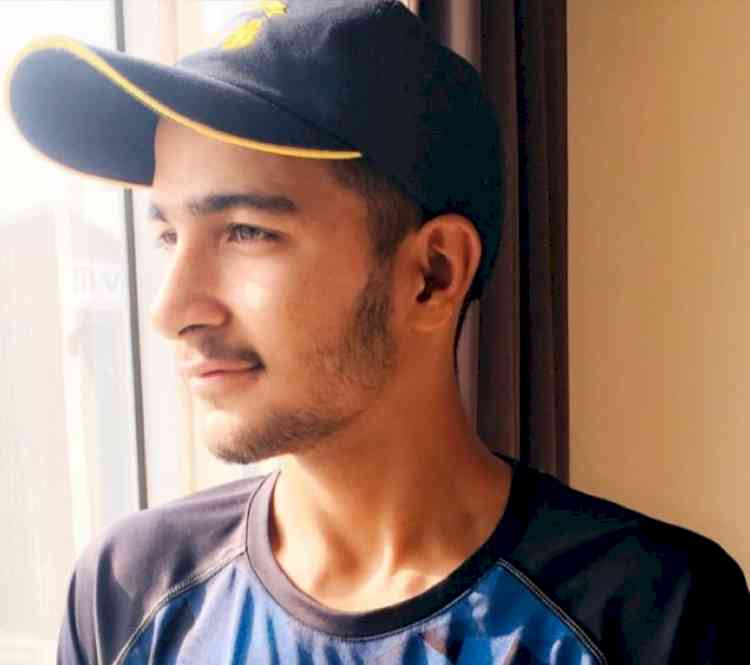 Abhay Chaudhary of Amrtisar who scored 101 not out against Mohali in the semi finals.

Chandigarh/Mohali, September 26, 2021: In the semi-final matches of Punjab State Inter District Senior One Day Limited Over Tournament, the first match was played today between Patiala vs Nawanshahr today at Dhruv Pandove Cricket Stadium, Patiala. Patiala won the match by 8 wickets and entered the final of the tournament. In the second semi-final match of Mohali vs Amritsar was played at Gandhi  Grounds, Amritsar ,  Amritsar defeated Mohali by 9 wickets to enter the final. Both the semi-final winners will now meet in the finals on 7TH OCT for the PCA Inter District Senior One Day Trophy at IS Bindra Stadium in Mohali.
In  the first semi final match, which was played at Dhruv Pandove Cricket Stadium Patiala between Patiala and Nawanshahr, Nawanshahr won the toss and decided to bat.  Batting first Nawanshahr  were bundled out for 112 in 37.3 overs.  Ravi Sharma  32 off 67 balls with 4 boundaries, Amandeep Ghuman  25 off 79 balls with 3 boundaries and Karan Bhatti not out 34 off 39 balls with 3 boundaries and 2 sixes were the main scorers for Nawanshahr.  For Patiala  Kuljit Singh 2 for 17, Akul Pandove 4 for 15, Aryaman Singh 3 for 30 and Karan Kaila  1 for 12 were the main wicket takers.
Replying Patiala chased the target of 113 runs by scoring 116 for 2 in 16.2 overs.  Jiwanjot Singh 43 off 34 balls with six boundaries, Sanvir Singh 64 not out off 56 balls with 11 boundaries and Pukhraj Mann not out 6 off 4 balls with one boundary were the main run getters for Patiala.  For Nawanshahr Jatinder Kuamr  and Ujjwal Thapiyal  shared one wicket each.
Patiala won the match and qualified for the finals.
In the second semi finals which was played at Gandhi Grounds, Amritsar between Mohali and Amritsar, Mohali won the toss and elected to bat first.  Mohali scored 240 all out in 49.2 overs.  Vishvanath Partap Singh 118 off 133 balls with 8 boundaries and four huge sixes, Abhijeet Garg  27 off 45 balls with 4 boundaries, Anshul Chaudhary 24 off 30 balls with 4 boundaries and Prabhnoor Bhalla 35 off 44 balls with 3 boundaries and one six were the main scorers for Mohali.  For Amritsar  Kamal Passi  4 for 45, Abhinav Sharma, Rohit Kumar, Vinay Chaudhary and Ashwani Kumar shared one wicket each.
Replying, Amritsar chased the target for the loss of one wicket in 40.4 overs and reached the finals.  Rohan Marwaha 16, Abhay Chaudhary 101 not out off 118 balls with 15 boundaries and Sharad Lumba  not out 100 off 115 balls with 12 boundaries were the top scorers for Amritsar.  For Mohali Barinder Sran 1 for 50 was the most successful bowler.\

Special Commission will be formed to probe corrupt deeds of Cong ministers: Sukhbir...