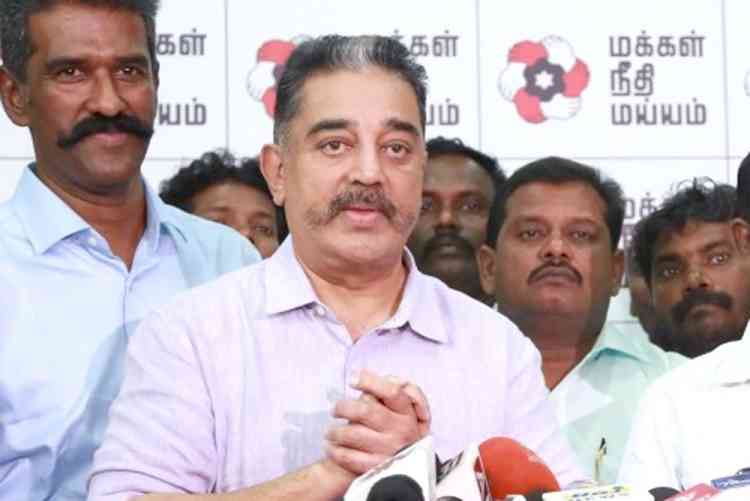 Chennai, Aug 16 (IANS) South Indian Superstar turned politician and president of Makkal Needhi Maiam (MNM), Kamal Haasan has called upon the M.K. Stalin-led government to pass a resolution in the state Assembly to permanently shut down the Copper plant of Sterilite at Thoothukudi.

In a statement on Sunday, the actor, politician said that Sterlite had commissioned the plant at Thoothukudi befooling people stating that they would get jobs and that there would be economic development.

He said that the DMK must take steps to shut down the plant permanently as the party had promised in its election manifesto on this.

Haasan demanded that the state government pass a resolution in the state Assembly for permanent shut down of the factory and a copy on the same be passed on to the Supreme Court. "The officials who allowed the factory to pollute the environment after breaking the rules must be investigated," said Haasan.

The popular actor also called upon the government to take action against those responsible for the shooting and killing of anti-Sterlite protesters. He also wanted a memorial erected in memory of the slain protesters at Thoothukudi.

He said that the Supreme Court had levied a fine of Rs 100 crore on the plant and the state government had admitted that the plant released poisonous gas into the environment.

The MNM president said that M.K. Stalin as opposition leader in the state assembly had urged the previous AIADMK government to pass a resolution to shut down the Sterilite plant at Thoothukudi. The actor turned politician demanded the Chief Minister to pass the resolution now to close down the plant.

Akhilesh vows to build 'New UP' in open letter

How demonetisation changed this boy's life

UP becoming bipolar contest between BJP and SP