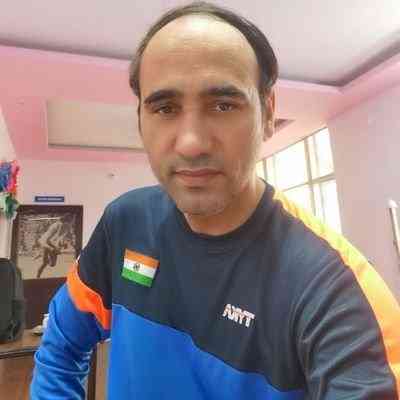 With two Indians and three Chinese in the eight-shooter final, the contest was expected to be between the five with India's Manish Narwal among the favourites as he had topped the qualifying round.

But Narwal could manage a modest 97.2 in the 10-shot first elimination round and dropped out of medal contention.

Singraj, the 39-year-old from Faridabad, UP, had qualified for the final in sixth position but jumped into second with a brilliant score of 99.6 in the first 10 shots. Russian Paralympic Committee's Sergey Malyshev was eliminated first, finishing eighth with a score of 113.3 -- Narwhal survived the drop but could not advance any further as was out in the next round.

He scored a couple of 10.0 in the next round and survived a scare when he could manage only 9.4 and 9.7 to drop down to fourth.

In the next round, the 39-year-old educationist from Faridabad shot two 10.0s and had to be satisfied with a bronze medal.

This was Singhraj's first medal in his maiden Paralympic Games,