Panic erupts shortly amongst all the men in Vijayanagar 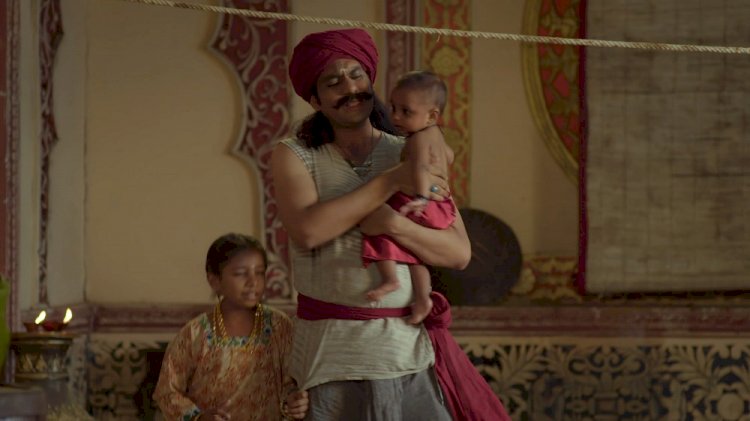 Men of Vijayanagar taking care of children as all the women are missing.

Vijayanagar is under a grave crisis as all women start disappearing one by one in the kingdom. Sony SAB’s Tenali Rama is set to take its viewers on an enlightening journey with Pandit Rama Krishna (Krishna Bharadwaj) crafting one of his wittiest plans to teach a valuable lesson to all the men of Vijaynagar.

Pandit Rama Krishna after witnessing that the women in Vijanagar are not being respected and given equal rights, masterminds a plan where he takes women in confidence and starts hiding them in a cave. Panic erupts shortly amongst all the men in Vijayanagar as their wives, daughter, sisters and mothers start disappearing and they are left with all the responsibilities which were taken care by the women along with the concern of not knowing the whereabouts of their loved ones.

All the men start to suffer and become miserable because they are now forced to fend for themselves as they prepare their own meals, wash their own clothes and even the priests are anxious as even the Goddess idols go missing from the temples.

Will Pandit Rama emerge successful in making all the men of Vijayanagar realize their mistakes?

Krishna Bharadwaj, essaying the role of Pandit Rama Krishna said, “This is one of the wittiest tricks planned and executed by Pandit Rama Krishna to make men respect and appreciate the work done by women. I really enjoyed this storyline as it vividly depicts how important is the role of women in everyone’s life and they deserve to be treated with respect and they should have equal rights. This is Pandit Rama Krishna’s own way to make the men take the responsibilities of women. The viewer’s will thoroughly enjoy the upcoming episodes as they will witness the men struggling and complaining as they carry out the household chores which women do with such ease and precision. So, stay tuned.”