Organ donation is the noblest among all donations: Vice President of India, Venkaiah Naidu 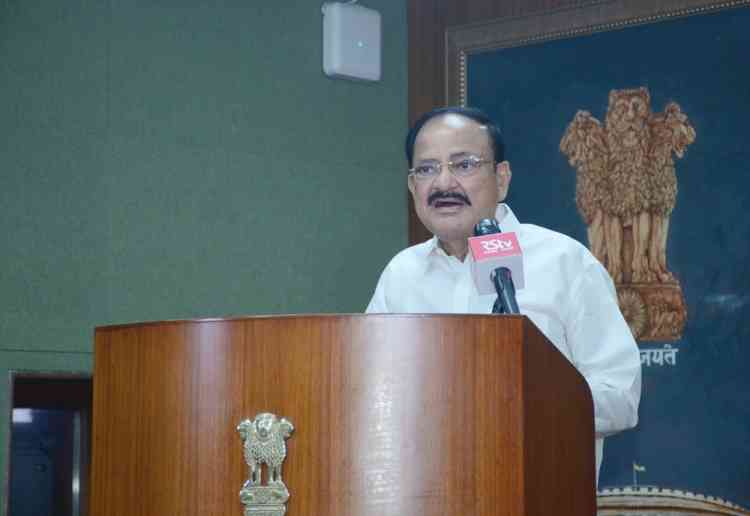 CAMBA is a National Movement ignited by SAKSHAM, appeals to all the Ophthalmologists, Doctors Fraternity, Post Graduates, Medical Graduates, Eye Hospitals and all the Volunteers and People associated with eye care to join this momentous occasion and make NETRADAAN a movement as strong as Pulse Polio. Samadrishti, Kshamata Vikas Evam Anusandhan Mandal (SAKSHAM) is a charitable national organization with a major presence in Hyderabad.

This idea behind this 35th National Eye Donation Fortnight 2020 is to Make NETRADAAN a movement as strong as Pulse Polio shared Dr. Santosh Kumar Kraleti, General Secretary of SAKSHAM. India has more than twenty lakh cornea blind in India. The number is going upto to 35,000 to 40,000 every year. The burden of the disease is constantly on the rise.

80 lakh people die every year yet just 30,000 donate eyes, which is less than 1% . Not all the cornea collected can be used. Rest of the eyes are either buried or burnt. The collection must go up. If all those who die donate eyes, we can eradicate blindness from this country in just 5 years added Dr. Santosh

Corneal Blindness in our country is the most magnitude in the world. To overcome the treatable blindness, we need to perform one lakh Corneal Transplants, which translates to two lakh donor corneas. Against this we are harvesting 50,000 to 60,000 corneas annually. To achieve this SAKSHAM has to partner with Eye Bank Groups said Dr. GN Rao, Founder and Chairman of LV Prasad Eye Institute.

Addressing the gathering of thousands of Ophthalmologists, Nethra Rakshak and SAKSHAM and CAMBA Volunteers Mr. Venkaiah Naidu, appealed to all citizens ‘Pledge to donate eyes and inspire others’. He called for changing people’s mindset on organ donation by creating awareness There is an urgent need to create organ storage infrastructure and expertise to conduct transplant surgeries at the local level, the Vice President said.

Mr. Naiddu praised all stakeholders for reducing the prevalence of blindness to 0.36%. He asked voluntary organizations and private practitioners to consider eye care as a mission
The Vice President of India, Shri M. Venkaiah Naidu today said organ donation was one of the noblest causes and appealed to everyone to participate in eye donation and inspire others.

Terming visual impairment as one of the major health challenges, the Vice President highlighted the fact that around 46 lakhs people suffer from blindness in India and most of them are in the 50+ age group.

Calling corneal blindness as the second leading cause of blindness after cataract with about 20,000 cases every year, Shri Naidu expressed concern as most of the people affected in this category were young adults and children. He called for adopting preventive measures, early treatment and corneal transplantation surgery to address the challenge of visual impairment.

As corneal transplantation surgery requires cornea donors, Shri Naidu emphasised the need to increase the number of eye donations to enable eventual eradication of corneal blindness in the country.

Drawing attention to the low numbers of organ donors in the country, he called for changing this mindset by spreading awareness as well as building adequate medical infrastructure for organ harvesting and transplantation at the district level.

He cited the examples of king Shibi and sage Dadhichi who had donated their bodies for the welfare of others and called for redefining the values and narratives in a modern context to inspire people and promote organ donation. By donating an organ, one sets an example for others to work towards the larger good of the society, he said and called upon every citizen, especially the youth to overcome apprehensions and pledge to donate their organs.

Noting that time is a critical factor in harvesting the organ from a donor’s body and transplanting it, the Vice President emphasised the need to create storage infrastructure and expertise to conduct transplant surgeries at the local level so that people from smaller towns are not forced to travel to metros for an organ transplant.

“These measures along with increased availability of donated organs would also help in curbing the unethical medical practices”, he opined.

He also suggested that doctors working in government hospitals should devote some time and go to remote areas to provide eye care to rural people. “Let us eliminate the blindness form the country”, he exhorted them.

Quoting the National Blindness survey (2015-19), Shri Naidu hailed the fact that the prevalence of blindness has been reduced to 0.36% as compared to 1% in the 2006-07 National survey. Also, India has successfully met the goals of ‘WHO Global Action Plan for Universal Eye Health 2014-2019’ which targeted a reduction in the prevalence of visual impairment by 25% by 2019 from the baseline level of 2010.

Referring to the ‘National Program for Control of Blindness and Visual Impairment’ (NPCB&VI), the Vice President praised all stakeholders for the reduction in the prevalence of visual impairment.

Data shows that over 64 lakh cataract operations were performed under NPCB&VI in the year 2019-20, a total of 65,000 donated eyes were collected for corneal transplantation and 8.57 lakh free spectacles were given to school children.

The Vice President also expressed happiness that eye banking activities have resumed in non-COVID hospitals after being adversely affected by COVID-19 pandemic.

He appreciated SAKSHAM for working towards bringing persons with disabilities into the mainstream of society through various projects such as CAMBA, Pranada, Pranav and SAKSHAM Seva Sankul.

What CAMBA does is the prevention of Corneal Blindness, Creates Awareness on Eye Donation. It educates government machinery about the gravity of the problem. It maintains a registry of Corneal Recipients; It encourages Eye Banks and Eye Collection Centres. It networks with good hearts.