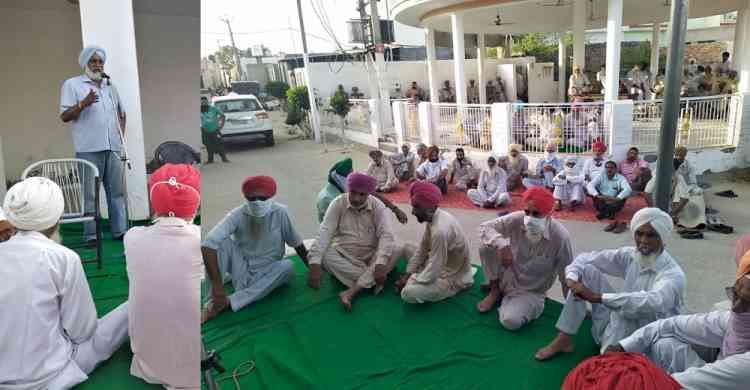 Ludhiana: Remembering Shaheede Azam Bhagat Singh on his birth anniversary, the Communist Party of India (CPI) held public meetings in Doraha and village Jalaldiwal. Addressing the meetings Com D P Maur said that while Bhagat Singh fought against injustice and for equality and democratic values, the present government at the centre is out rightly flouting these with impunity. Latest being the ordinances on farming which will push not only the poor and marginal farmers into pauperization but also create a serious crises of nutrition for the low income groups in the country. These ordinances are a conspiracy hatched by the Modi government and the corporates to grab the land of farmers. They would fix the   price of the agriculture produce at their own will and hoard it to sell at a later period on high prices. Opposing these ordinances is the real legacy of Bhagat Singh to carry forward. Dr Arun Mitra said that no wonder the RSS and its outfits connived with the British imperialists are following similar lines today. Com Ramesh Rattan cautioned that this government is totally marginalizing the workers  as exhibited in the anti labour bills recently passed without debate. Com Chamkaur Singh said that the government is degrading all the democratic values and has to be opposed out rightly.

Doing yoga pranayamas regularly helps you in getting survived and recovered from...

Punjab government not taken any decision so far to open...