On complaint of a farmer, agriculture department conducts raid at Brar Seed Store 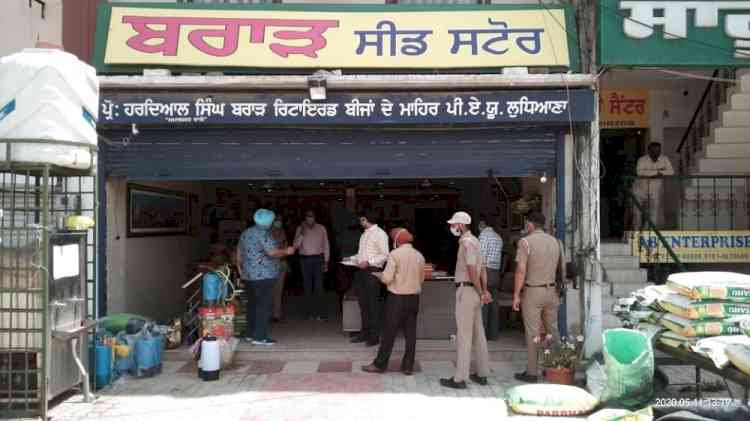 Ludhiana: Acting on the complaint of a farmer to Deputy Commissioner Ludhiana, the Agriculture and Farmers Welfare Department Punjab today raided the premises of Brar Seed Store located opposite Gate No 1 of Punjab Agricultural University, here. The officials confiscated seed samples, bill books and other documents, after which an FIR was registered by the Police.
In a press statement issued here today, Chief Agriculture Officer Dr Narinder Singh Benipal informed that for the last few days, the farmers organisations were complaining that the owner of this shop was selling spurious seeds to the farmers at high rates. He said that one such farmer had also submitted a written complaint to the Deputy Commissioner stating that he was sold seed of PR 128 at Rs 200 per kilogram.
Following this complaint, the Deputy Commissioner had directed the Chief Agriculture Officer Ludhiana to take action in this regard and the team of Agriculture and Farmers Welfare Department Punjab today conducted a raid and took samples of PR 128, 129 varieties, a large quantity of filled bill books and samples of all other seed varieties found in the shop. The Police has registered a case under section 420 of IPC and have initiated investigation.
Dr Benipal informed that no dealer would not be allowed to sell spurious seeds, low quality fertilisers and insecticides to the farmers and strict action would be taken against the dealers/shopkeepers. He also appealed to the farmers to not burn wheat stubble as it pollutes our environment, and should either prepare husk from it or go for in-situ management.
He said that the Punjab government has also allowed the farmers to sow paddy a week earlier. He said that the farmers can now sow paddy after May 10, 2020 and transplant it after June 10, 2020. He urged the farmers to not indulge in sowing of paddy before these dates else action would be taken against them.