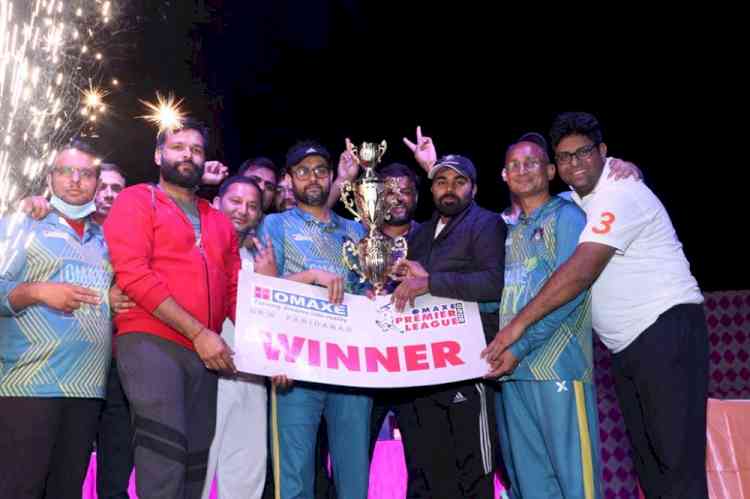 Omaxe Premier League 2020 Tournament was organized at World Sports Academy situated near Omaxe World Homes, Sector 97, Faridabad. The energetic cricket tournament was won by the team Amsterdam Kings while Runners-Up title was grabbed by the team of London Warriors. The tournament was attended by good number of cricket lovers who cheered and supported their teams with full enthusiasm.

The league began around 2 in the afternoon and extended up to late evening. Four teams participating in the League were Amsterdam Kings, London Warriors, Paris Spartans and Portugal Riders. The names of participating teams were based on the theme of worldly destination retail spaces situated in Omaxe World Homes.

The league began with two phases of Semi-Finale to take out the final contenders. First semi-finale was between the teams of London Warriors and Paris Spartans. London Warriors emerged victorious and became the first finalist. Second semi-finale was between Portugal Riders and Amsterdam Kings. Finally, Amsterdam Kings being the second finalist also became Champions of the entire league.

All the players were honored at the end of the league, Sunny Sarpa was awarded with the title of ‘Man of the Series’ for his commendable performance, and Amanpreet received the title of ‘ Best Bowler of the Series.’ The entire league received great response from audience and people were happy to be a part of the match as it keeps them fit and entertained at the same time.