Ojaswi Aroraa to be seen in a glamorous avatar

Watch her in Tera Kya Hoga Alia on Sony SAB 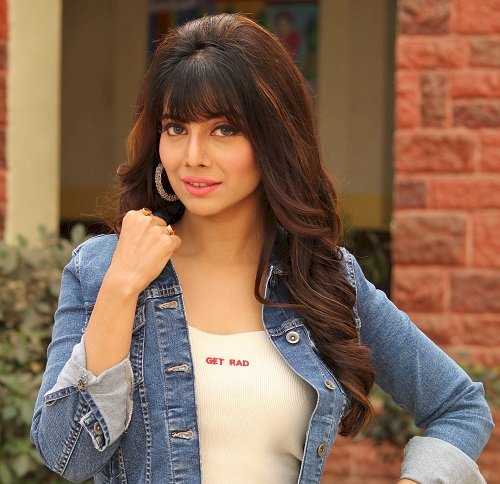 The glamour quotient on Sony SAB’s Tera Kya Hoga is set to rise as Ojaswi Aroraa will make an entry as Sonia aka Baby, a super stylish girl from America. Sony SAB’s light-hearted romantic comedy show - Tera Kya Hoga Alia will continue to hook the audience with a lot of twists and turns that Sonia will bring with her.

The war between Tara (Priyanka Purohit) and Alia (Anusha Mishra) is on, as they continue to scheme against one another to win Alok’s (Harshad Arora) love. Alia’s determination pushed her to even train for a football match, which was held between two schools. In an attempt to prove her merit, Alia worked really hard to put her best kick forward during the match and came out with flying colors.

On the other hand, the school trustee’s granddaughter, Sonia, makes her way to Gyaan Sarovar School as she comes to India from America to learn about her Indian roots. Sonia is a total brat and a bold girl, who doesn’t believe in love. Things change for Sonia once she meets Alok and immediately falls for him.

A storm is in the making in Tara and Alia’s life. How will Sonia’s entry change things for Alia and Tara?

Ojaswi Aroraa, essaying the role of Sonia said, “When I was approached for Sonia’s character, I remember that I was ecstatic as the perfect combination of the most entertaining channel, Sony SAB along with my favorite production house, Optimystix was something I couldn’t miss. I also found Sonia’s character really endearing and I knew she has various shades in her personality to play with.”

Talking about her character Sonia, Ojaswi shared, “Sonia is a girl from US who has returned India to explore her Indian roots. She is a happy-go-lucky girl with a dash of attitude and an elite nature. Things take an exciting turn when Sonia falls in love with Alok at first sight.”

Sharing about her experience in the comedy genre and on the sets, Ojaswi added, “I have worked in the comedy genre before which were entirely comedy and I was really appreciated in such roles. Tera Kya Hoga allowed me to explore the other side of this genre as the show excels in situational comedy. Mostly I have donned Indian attire for all my previous roles but Sonia wears what Ojaswi wears in real life. So my transition is from “Bahu to Babe” for the viewers. I’m enjoying my character as get to deliver my dialogues in an American accent. Working with the entire cast has been really fun. I hope our viewers enjoy Sonia’s character.”

Aladdin and Yasmine to get married