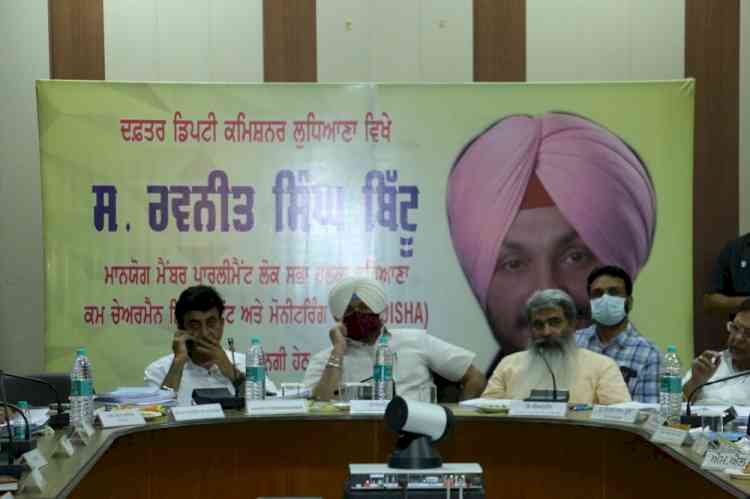 Ludhiana: Member of Parliament (MP) Ravneet Singh Bittu today directed the government officials to expedite ongoing development works in Ludhiana so that maximum number of people could be benefitted from them. He also lauded the officials of Punjab education department for topping the performance grading index in the country.

The MP said that all the departments especially education, agriculture, social welfare, health, Municipal Corporation, water supply and sanitation, rural development and others need to play an active role to facilitate the people who visit their offices daily.

He also directed concerned officials to ensure that the issue related to Rahon Road is resolved permanently as it affects a large number of people.

Other issues discussed in the meeting related to widening of roads in rural areas, MGNREGA, beautification and upgradation of schools, National Social Assistance Programme, status of Railway dedicated freight corridor, Carcass plant, Shifting of dairies, Dhandra Cluster, besides several others.