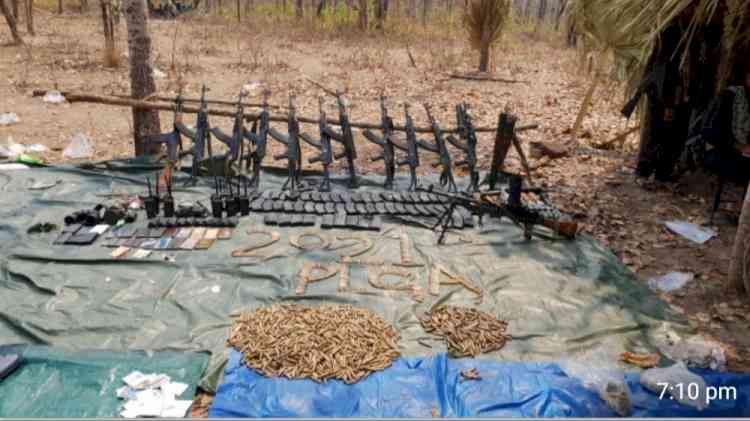 Bhubaneswar, Sep 16 (IANS) Odisha Police seized arms, ammunition and other Maoist articles during an anti-Maoist operation conducted near a reserve forest area on the border area of the Koraput and Malkangiri districts, police said on Thursday.

"We have recently arrested a hardcore Maoist Dubashi Shankar. During his interrogation, we came to know that another Maoist team was there with him under the leadership of Suresh Surana," Meena said.

With this input, a joint operation by the Special Operation Group (SOG) and District Voluntary Force (DVF) of Odisha Police and the Border Security Force (BSF) was conducted in Mathili PS of Malkangiri district and Boipariguda police limits of Koraput district, he said.

'Khalistani-Kashmiri nexus in US could be detrimental for India'

Lalu Prasad lands in Patna ahead of crucial bypolls