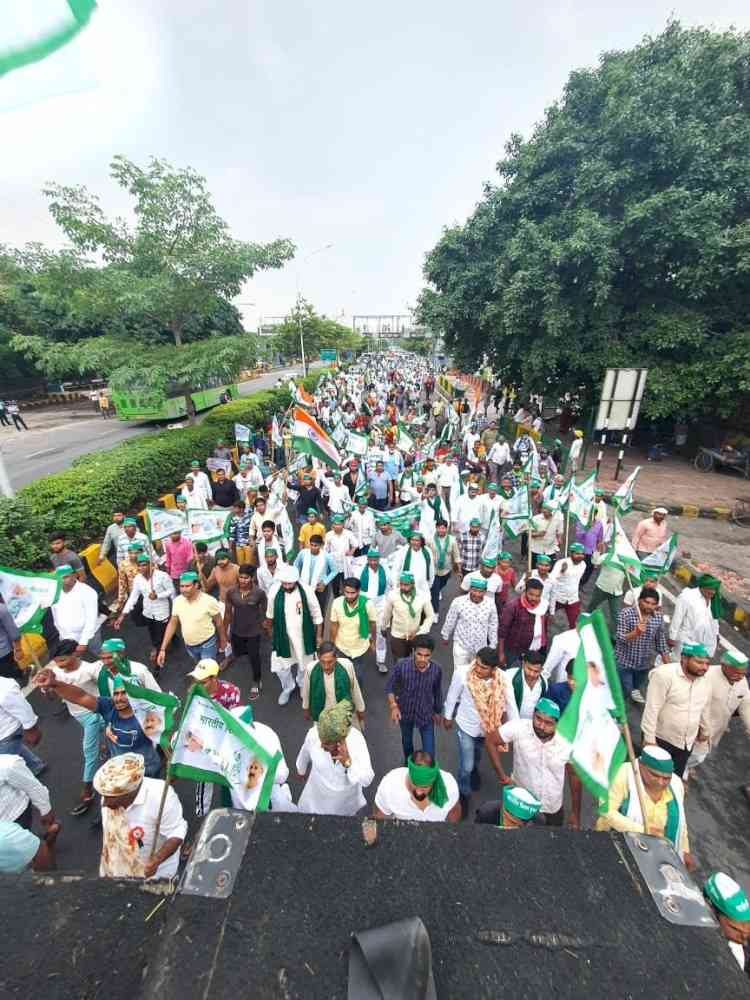 New Delhi, Oct 18 (IANS) The Delhi Police said on Monday that the farmers' 'Rail Roko' agitation did not create any law and order situation in the railway stations of the national capital.

"The protest did not cause any disturbance or law and order situation," Deputy Commissioner of Police (Railways), Harendra Kumar Singh, told IANS.

However, he said that some trains got delayed due to the agitation as they had to be stopped for a while before entering the railway stations in the city.

"We worked in close coordination with the Government Railway Police (GRP) of the neighbouring states," the DCP noted.

Throughout the day, there was heavy police presence in and outside several railway stations in order to avoid any untoward incident.

Delhi Police had deployed its personnel at the strategic points of the Hazrat Nizamuddin railway station.

"It was a preventive action," Deputy Commissioner of Police, Esha Pandey, told IANS.

The farmers' umbrella body -- Samyukt Kisan Morcha -- had given a call for six-hour Rail Roko from 10 a.m. to 4 p.m. on Monday demanding the ouster of Union Minister of State (MoS) for Home Ajay Misra Teni over the Lakhimpur Kheri violence which claimed the lives of nine people, including four farmers, on October 3. The minister's son, Ashish Misra, is a prime accused in the case.

"We wanted to put pressure on the Modi government to take action against Ajay Misra, instead of defending him and his son," a farmer leader had told IANS earlier.

Reports coming from other railway stations in Delhi were similar. The Delhi Cantonment railway station also witnessed heavy presence of cops. "We deployed sufficient number of police personnel and the situation remained normal during the day," a police officer said.

The farmers' body on its part claimed that over 290 trains were affected by the agitation with over 40 trains getting cancelled. However, there was no official confirmation on that.

Vipin Parmar takes over as new Speaker of Himachal Assembly