No case like coronavirus has been reported in Himachal: Health Minister

Says, state government and the health department are fully alert and ready 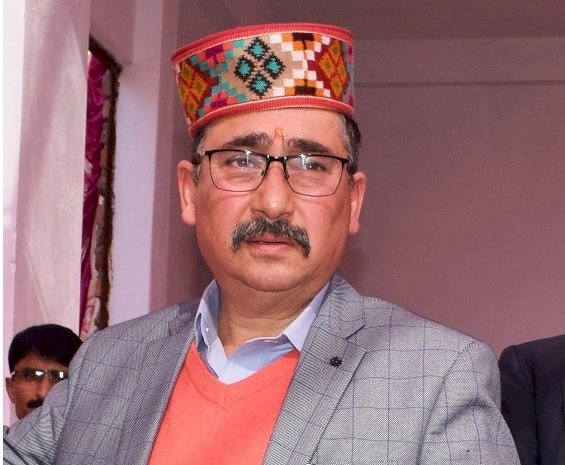 Dharamshala: Health and Family Welfare Minister of Himachal Pradesh Vipin Singh Parmar said that there is no need to be afraid of coronavirus in the state. Parmar said, “There is no case of this virus in the state so far.  State Government and the Health Department are fully alert and ready to deal with any situation.” He said that the coronavirus originated from one province in China whereas Indians are studying/ working in many provinces of China, so the Indian government is fully alert of the situation  and ready to deal with it.

He said, “The Government of India has issued advisory to all the states in view of the corona virus, on which the Himachal government is pursuing it with full readiness.  Thermo sensors have been installed in all the airports of the country to check the virus, including Dharamshala, Bhuntar and Shimla airports of the state.” He said that the Health Department is keeping an eye on people coming from China. He said that no case like corona virus has been reported in the state.

Regarding development of facilities in the area Health Minister said that city scan facility shall be made available in Civil Hospital Bhawarna soon, He said that the building of the Civil Hospital is being constructed in Bhavarna of 24 crores rupees. “Modern machines are being provided along with expert doctors in all major hospitals of the state,” said minister.

Only humanity matters in this world, say Sangram Singh...