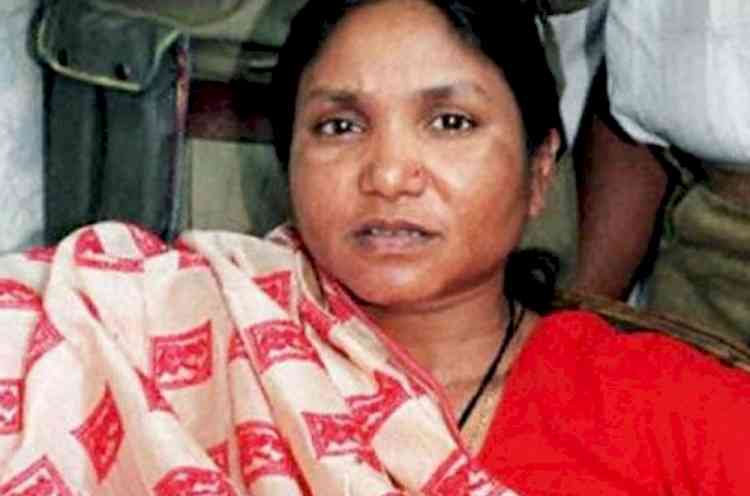 Lucknow, Sep 22 (IANS) The Nishad Party, in an attempt to claim the legacy of bandit queen-turned-politician Phoolan Devi, has announced setting up of an international trust in the name of former Samajwadi Party MP.

He said, "I also appeal to the central and the state governments to order a high-level inquiry to ascertain the status of her property after her death. Her mother lives in a pitiable condition in Jalaun."

Phoolan Devi was shot outside her residence in Delhi on July 25, 2001 when she was the SP MP from Mirzapur. The day is observed as 'Shahadat Diwas' every year by her supporters.

Sanjay Nishad said that a self-defence training centre for women would also be set up in Mirzapur when the party comes in power.

The Vikassheel Insaan Party (VIP) had also planned to install 18-feet statues of the late leader in 18 districts on her 'martyrdom' day.

The police, however, foiled the plan and seized dozens of statues brought from Bihar by party workers.

Later, party president Mukesh Sahni, a minister in the NDA government in Bihar, said that the party would install the statues once it comes to power in the state.

The pamphlet that the VIP had printed on her 'Shahadat Diwas' mentioned that she was subjected to non-stop harassment by a 'specific community' in the village but she "did not bow down" and eventually made her way to Parliament.

The Nishad-centric parties also highlight the fact that the Time magazine had put her as the fourth most revolutionary woman in the world in its list of 16 women.

Joint efforts on drug development with industry for covid...