Mamta Ashu welcomes initiative, say will provide healing touch to people in this hour of crisis 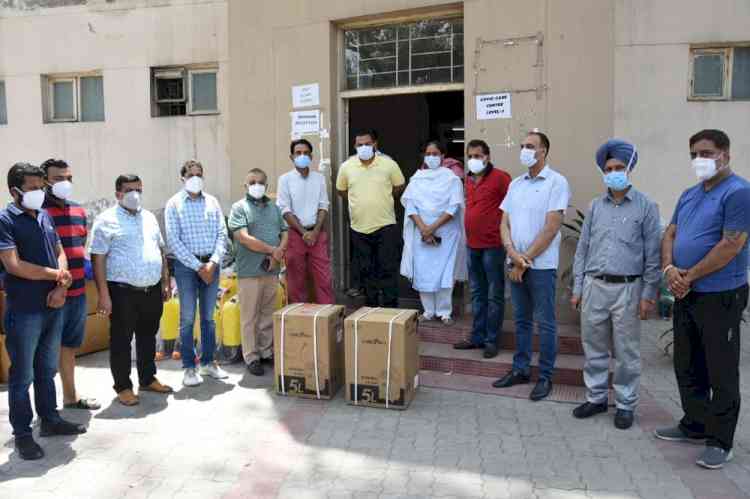 Welcoming the initiative, Mamta Ashu said that it was a great service of humanity as in this war against pandemic contribution by every individual was valuable. She told that with the active support and cooperation of the people of Ludhiana, the war against Covid-19 would be won. She also lauded the role being played by NGOs for giving a healing touch to people in this hour of crisis.

She said that these oxygen concentrators and PPE Kits were of immense help for the patients and frontline staff deployed on duty in the Covid care centre. She said that these medical devices would reduce dependency on the oxygen cylinders as the equipment concentrates oxygen from ambient air by capturing and filtering the air.

Mamta Ashu stated that the administration was fully geared up to combat the second wave more effectively adding that no stone was being left unturned for this noble cause.

She said that health and frontline workers were rendering exemplary services to steer the district out of the crisis. She praised them for making an immense contribution to saving the precious lives of people.

Centre has failed us in this crisis, says Punjab CM, terms...

Innova cars with All India Tourist Permit required for...

Commissioner of Police urges residents to get connected...