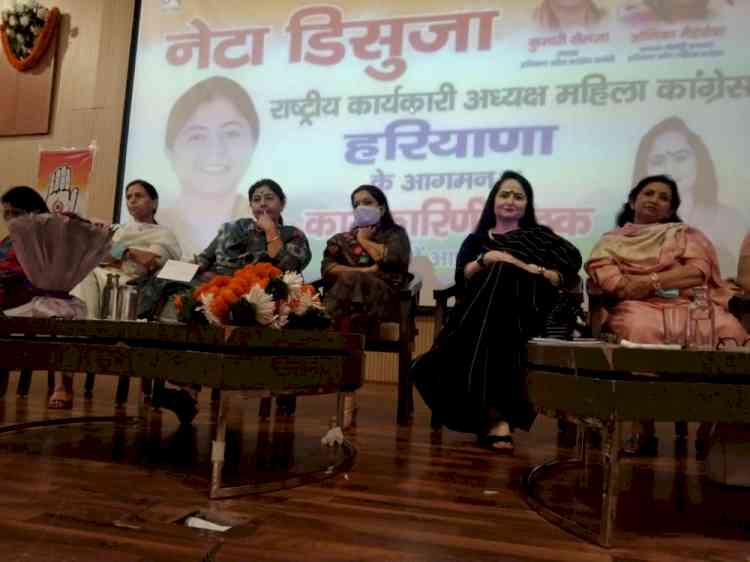 Panchkula, October 19, 2021: All India Mahila Congress President Netta D'Souza reached Panchkula on Monday and held a meeting with the office bearers of Mahila Congress of the state. During single day visit, she also held a press conference in which she fiercely protested against the BJP government governed in the state and at the Centre. She said that today the country is reeling under record high prices being imposed forcefully by the BJP government at the Centre. At the same time, the people of Haryana are worried about unemployment, inflation, black marketing of DAP fertilizer etc. She said that if the women of Haryana were determined, they could uproot the Khattar government of the state. The women of Haryana have the ability to teach a lesson to the anti-people government. Therefore, she called upon the women to unite and gear up to overthrow the BJP government of the country and the state. Netta gave the slogan that the message has to be sent to every door-to-door that the BJP must be  shown the way out next time.
Netta addressed the meeting of the office bearers of the organization organized by the Haryana Mahila Congress on Monday. She said that her aim is to meet every woman office-bearer of the state so that they should be informed about the strength of the organization and some of their views should also be taken. She said that we talk about women being 50 percent of the country's population, but do not give them rights according to their number. Mahila Congress wants to prepare women to give full participation in politics from now onwards. So that their participation in the upcoming  elections in Haryana can be ensured. She said the women officials that the way the prices of LPG, petrol-diesel, vegetables, pulses are touching the sky in the country today, it is affecting the kitchens of women the most. This issue will have to be explained to the common man from house to house. She said that if we do not make the common man especially women aware about all this in time, then the coming generation will never forgive us. She said that this government is bent on destroying the country, as their only aim is to benefit some of their favorite capitalists. Describing women as hardworking, she said that in today's era, due to their hard work, they have the ability to make changes in every field.
She said that she has been associated with Haryana and she has grass root  knowledge about Haryana. She said that the BJP talks about giving equal rights to half the population of the country only in its speeches, while the reality is opposite. Here, far from giving full rights to women, this state is at the forefront of crime against them. She said that in most of the incidences cases are not even registered against the offender. Because in most of these cases only people associated with BJP leaders are involved. In such a situation, the police work to cover up the cases. She said that unemployment is the most important issue in the state, towards which the spinning wheel of the government is not paying attention. Women also have the largest population among the unemployed. She said that about 78 percent women of the state are unemployed. She said that Haryana Mahila Congress would set up legal cells at the district level in the state, which would be present to solve any kind of problems faced by the women.
Earlier, Haryana Mahila Congress President Sudha Bhardwaj welcomed All India Mahila Congress President Netta D'Souza and informed her about the work done so far by the Haryana Mahila Congress. Sudha said that in the coming times, Mahila Congress will be seen as a stronger organization in the state. Criticizing the repressive policy being adopted by the Khattar government towards the farmers of Haryana, she said that no matter what this government does, the farmers are not going to return without getting their demands accepted. She said that today every section of the state is angry with this government and is not only fighting on the streets but also performing dharna to get their rights.
On this occasion, All India Mahila Congress general secretary and Haryana affairs in-charge Onika Mehrotra, Nandita Hooda, secretary Sunita Sehrawat, Narayangarh MLA Shaily Choudhary, Haryana Congress Seva Dal president Vimla Saroha and Haryana Mahila Seva Dal president Sunita Sharma also  addressed to  women. 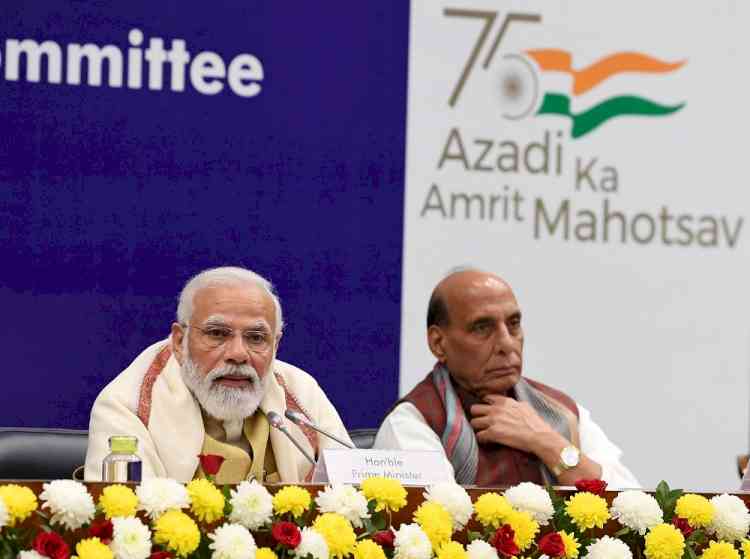 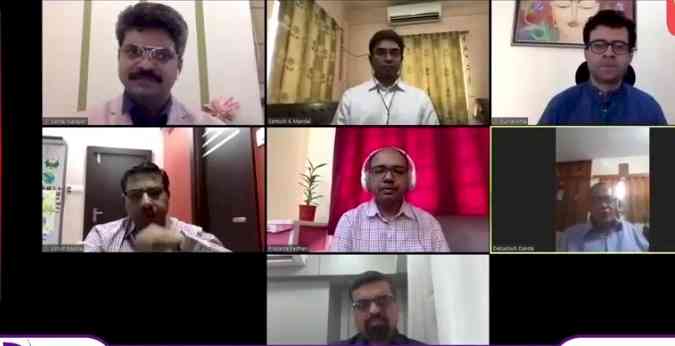 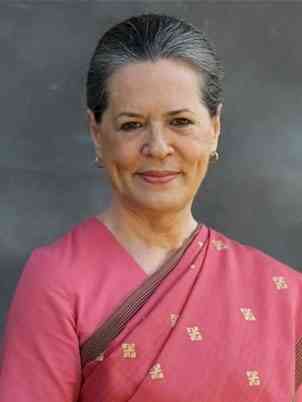 Sonia to chair meet of CPP on Tuesday