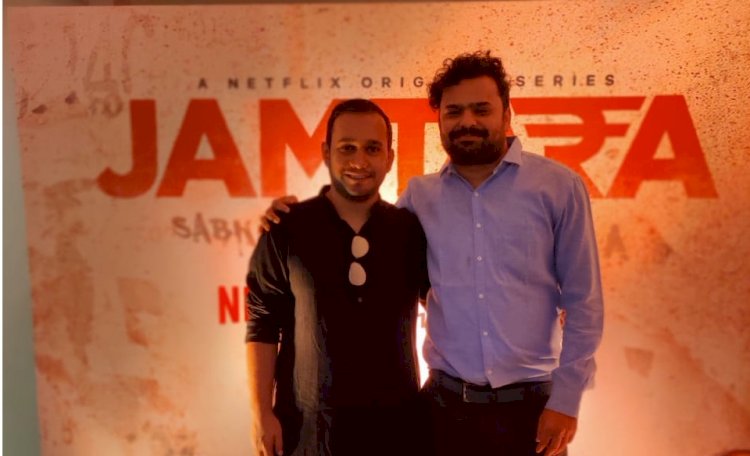 Casting directors Vibhu Gupta and Vikas Pal, who started their career in casting with Casting Bay in 2016 have been getting a lot of appreciation for their recently released web series Jamtara- Sabka Number Ayega which revolves around the illegal business of mobile fraud.

Sharing about his journey, Vibhu Gupta says, “I and Vikas used to cast together back in 2016 in the company called Casting Bay where we did a lot of projects with them. We have learned a lot from Abhishek and Anmol in the casting process. Although, we realised that I and Vikas have different style of working but we were very compatible with each other hence in 2017, we started working independently.”

”We bagged Jamtara through Trishant Shrivastav, who is the writer of the series. With Jamtara, we knew that we have to make it real, otherwise it would not make sense and we knew that we couldn't go in the same trajectory like other web series. The casting process took approx 3-4 months and the biggest challenge was to cast new people so we researched and find actors in Agra, Delhi, Lucknow, Mathura and Patna. We auditioned around 130 girls for the role of Gudiya, around 80 boys for Sunny and like 60-70 boys for Rocky. We are happy to work with Soumendra Padhi sir and producer Manish Trehan. We love challenging ourselves while we cast as we are happy to give fresh casting like Jamtara,”.

Talking about his journey, casting director Vikal Pal says, “I came to Mumbai in 2012 and started working in the production houses for television. I joined DJs as casting assistant and later met Abhishek and his friend Gaurav and started casting for ads. I spent around two and half years with Abhishek and Anmol and later started on my own. Though I had a good amount of experience in television but I wanted to learn something new. In the meantime, I met Vibhu and started doing ads with him and our journey from there till Jamtara has been amazing.”

ALTBalaji and ZEE5 drop trailer of their upcoming motherhood...