Nawazuddin Siddiqui on his 'flawed' character in 'Serious Men' 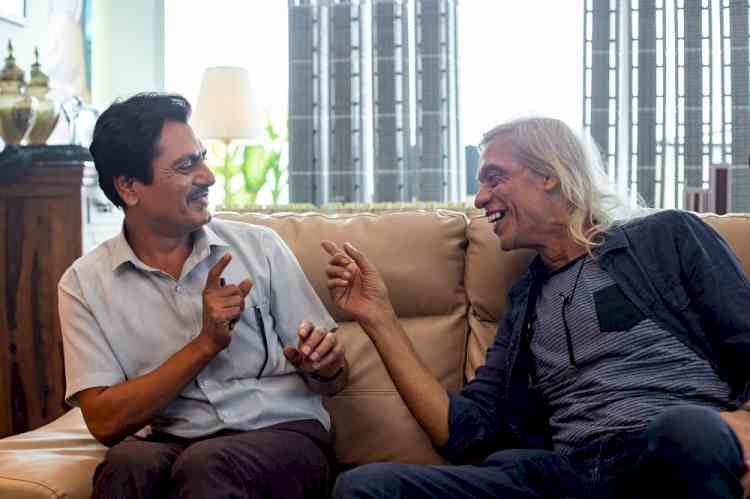 Mumbai, Sep 25 (IANS) Actor Nawazuddin Siddiqui says his character in 'Serious Men' itself is a flawed one but eventually he stays with people.

Based on Manu Joseph's book by the same name, the film is a sharp take on ambition and caste politics, put in perspective in the Indian context. The actor has been nominated in the Best Actor category at the International Emmy Awards for the film.

Nawazuddin said: "It's a matter of great honour to simply be nominated. It's a film that is intricate and depicts the raw frailties of Indian society."

He added: "The diversity of our culture is reflected in the narrative and Sudhir Mishra (director) has brought it out so well with this story. My character itself is a flawed one but eventually he stays with you. I had a wonderful time with Sudhir Bhai and may this film be the first of many for us."

Filmmaker Sudhir Mishra, who has directed 'Serious Men', is elated at the nomination.

"I always knew Nawaz is the guy who can truly do justice to the character. It takes a truly remarkable actor like him to make a duplicitous character appealing. A lot of the film's beauty comes from the fact that Nawaz and I are a solid team," Mishra said.

The filmmaker added: "We get each other and we work together to elevate the material. He was a strong pillar of support through the making. I am delighted that we made a film that not only won laurels on domestic shores but put the country on the map at an international forum like the Emmys. Here's hoping for a big win."

I broke down one day while driving and kept saying that...