The university has been making steady progress in rankings 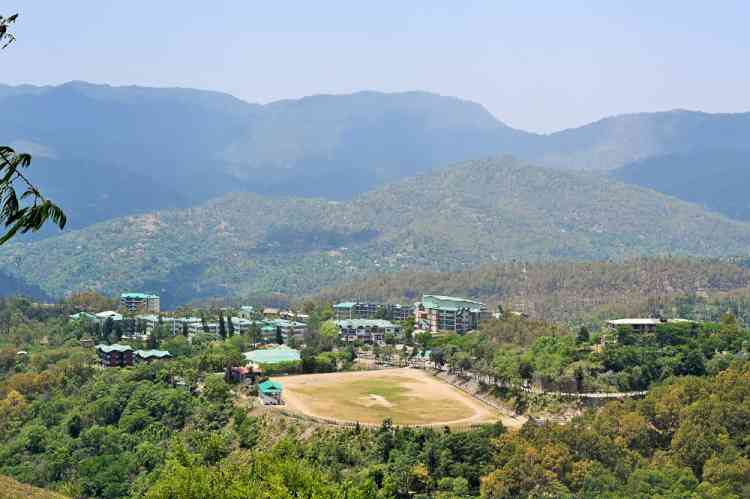 Nauni (Himachal Pradesh): Dr. YS Parmar University of Horticulture and Forestry (UHF), Nauni has been ranked at 11th position in the ranking of agricultural universities and research institutes conducted by the Indian Council of Agricultural Research (ICAR) for the year 2019. The rankings were released last week by the ICAR.

Despite increased competition and a new system of online ranking, the university has improved one position in this year's rankings. Last year the university was ranked at 12th position in this list. Even in the top 11, there are three ICAR institutes, which takes UHF to 8th position in the state/central agricultural universities in the country, which is a remarkable achievement. The list has been topped by ICAR-National Dairy Research Institute, Karnal followed by Panjab Agricultural University, Ludhiana and ICAR-Indian Agricultural Research Institute, New Delhi at second and third position respectively.

The ICAR ranking was initiated to improve the standard of higher agricultural education in the country. In all, 67 agricultural universities and ICAR institutes of the country featured in the ranking this year. The universities were judged on parameters like student and faculty profile, publications and citations, research, technologies commercialized, etc.

The University has performed well on various parameters including the performance of students in ICAR NET, JRF, SRF, other state and national level competitive examinations. The excellent placement of students in public and private enterprises, high-quality publications and projects, several technology transfer initiatives and product successes, and tie-ups have contributed to its success.

Speaking at the occasion, Vice-Chancellor Dr. Parvinder Kaushal congratulated the students, faculty and staff of the university on the achievement and lauded their efforts for the betterment of the university and the agriculture community. Dr. Kaushal said that the university has made progress on all fronts in the past year which has not only helped us to maintain but also improve our rankings. He said that the efforts were recognized by the Union Ministry of Education’s Atal Ranking of Institutions on Innovations and Achievements (ARIIA) which included the university in the Band A’ (rank 6 to 25) under the government and government-aided universities category in the country beating several reputed universities of the country.  The scientists, students and research stations also bagged several national awards this year.

Dr. Kaushal added that the efforts of the university scientists and staff have enabled it to bag 22 research projects worth around Rs 8 crore from various funding agencies in the past year. A mega Rs 25 crore World Bank-funded NAHEP IDP project has also been bagged by the university which will help it improve its graduate education and provide global opportunities to our students.

On the technology front, the challenges brought to the fore due to the COVID 19 pandemic have also been converted into opportunities. The University has been highly successful in the transfer of technology to its end users and entrepreneurs and has even devised online mediums for the dissemination of information to farmers and students. Apart from online teaching and extension, online examination and admission to UG & PG programmes, the university has also started online booking of planting material for the farmers and recently conducted its 36th Foundation Day programme virtually linking the remote stations of the university and several dignitaries. This set an example for the other institutions in the state.

Linkages with academia, industry and government bodies have further been strengthened to improve the skill set of students and bring them on par with the global institutions. Recently an agreement for international online courses for students has also been signed with Western Sydney University. Attaching students with farming families and research based on field problems and practical-based training programmes, are a few of the other initiatives taken in the past year.

Dr. Kaushal said that to compete with global universities, UHF is strengthening its career and placement cell and improving collaborations with world-class institutions and industries. He added that the university will continue to strive in the areas of academic, research and extension education.

Vi CSR and Nokia partner for SmartAgri solution to enhance farming practices and...