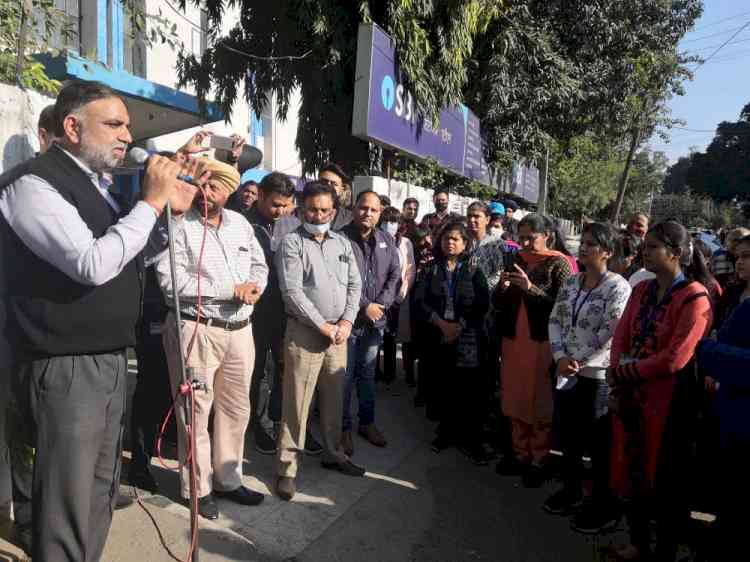 Addressing the demonstration Com. Gaur said, from UFBU, we have given the call for nationwide agitation and 2 Days’ Continuous Strike in all the Banks on 16th and 17th December, 2021 to protest against the Government’s plan of putting Banking Laws Amendment Bill 2021 in recent winter session in which government is planning to privatize 2 public sector banks.

Government’s Economic Survey talks of poverty reduction is the top priority rather than reducing disparity. But figures are coming out that while billionaires have swelled their assets, the poor people continue to grown under poverty.
Economic Survey also talks of people spending less money on hospitalization expenses. But everyone knows that this not the indication of improvement in health sector but the fact that people have no money to access the increasing privatized health care system.

He said, “Our country has the largest population of young people and hence creating jobs for them is the main issue. Already about 120 million people have lost their jobs. In this budget there is no measure to create jobs except some meagre announcements.”

The Economic Survey also claims that the new Labour Codes are good for the workers. FM has also spoken on the same lines in her speech. But when all trade unions are opposing the adverse changes in the labour laws, the Govt. has not tried to address any of them.

The announcement that FDI would be permitted upto 74% in insurance sector is a retrograde measure and unscrupulous foreign investors will play havoc with our people.

Bad Loans and NPAs in the Banks have been increasing year after year because of corporate defaulters. Instead of taking tough action on them, Government wants to white wash the Balance Sheets by shifting these bad loans from the books of the Banks to the Assets Reconstruction Company or the Bad Bank. This will only benefit the corporate defaulters and remove all the bad loans from public glare and silently write them off. 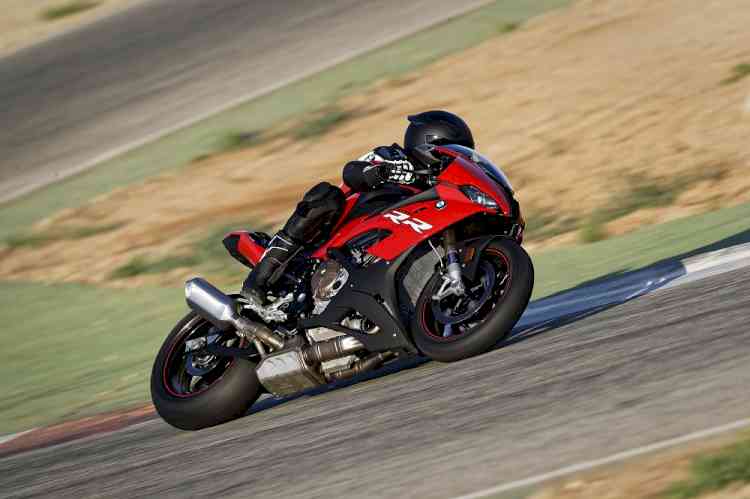 MPC members agree on repo rate but not on accommodative...