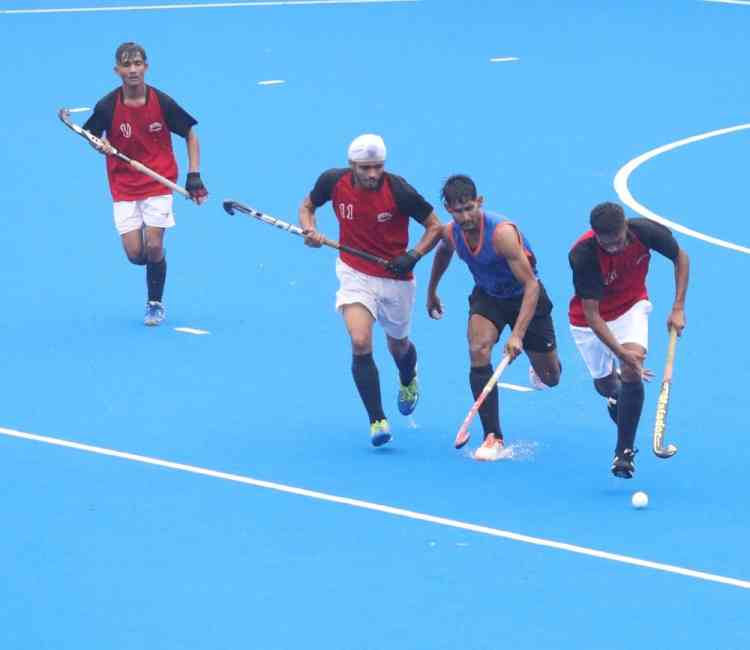 In the fourth match of the day, Roundglass Punjab Hockey Club Academy registered a thrilling come-from-behind 2-1 win over Ghumanhera Riser's Academy. While Shivraj Singh scored an equalizer in the 34th minute, Captain Ravinder Singh followed it up in the 42nd minute to give Roundglass Punjab Hockey Club Academy a match-winning 2-1 lead, after being a goal down till half-time. Aman Sharma (27'), who broke the deadlock following a goalless first quarter, gave Ghumanhera Riser's Academy a lead in the Pool D fixture.