88 eminent personalities across India were honored at glittering ceremony 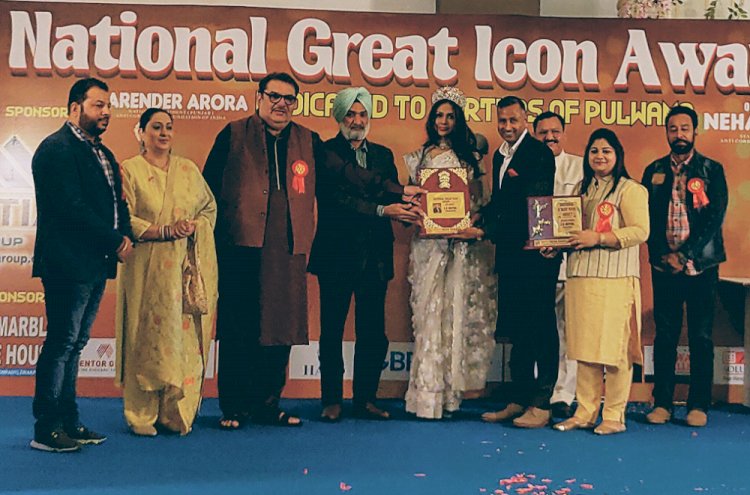 Last year, on February 14, a suicide bomber attacked a CRPF convoy near Pulwama in Kashmir, in which 44 paramilitary police lost their lives. The entire nation was shocked by the ghastly attack. In order to help the families who have lost their loved ones in the attack, many people and organizations across the country came forward to support them. The award is a step in that direction and dedicated to martyrs of Pulwama.

On the occasion Mr. LC Mittal said, “We salute the brave sons of Mother India, who served for the country with unparalleled valor. The award is dedicated to martyrs of Pulwama and to remember their supreme sacrifice for the nation. The aim of such endeavors is to promote social harmony, connect youth and motivating them to strive hard to achieve their goal,”
While talking about the event, Ms. Neha Sharma, said “In this event we have awarded 88 eminent people who have done outstanding work for social cause. We thank Mr. L.C Mittal from Motia Group and Mr. Harish Garg from Jai Mata Marble for helping this event to happen on this large scale”