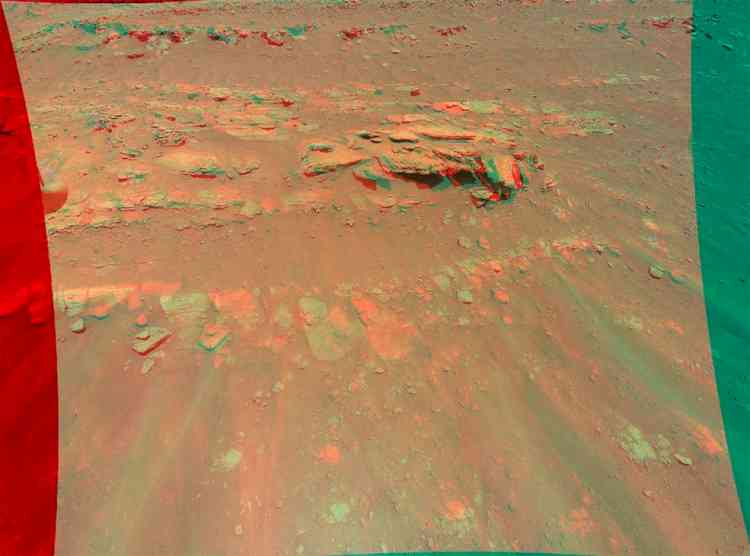 Washington, Sep 19 (IANS) NASA's Ingenuity Mars helicopter has provided a 3D view of a rock-covered mound on the red planet during its 13th flight on September 4.

The mini-helicopter flew to the red planet on February 18 while being attached to the belly of NASA's Perseverance rover.

During its Flight 9, the mini-chopper flew over a rugged region called "Seitah" -- characterised by sandy ripples that is very challenging terrain for rovers and took colour images -- of Mars' Jezero crater.

The mission aimed to capture images of this geologic target -- nicknamed "Faillefeu" (after a medieval abbey in the French Alps) -- and to obtain the colour pictures from a lower altitude than ever before -- 8 metres.

The 3D image showed that the mound is nearly 10 metres wide and is visible just north of the centre of the image, with some large rocks casting shadows.

Stretching across the top of the image is a portion of "Artuby", a ridgeline more than 900 metre wide. At the bottom of the image, and running vertically up into the middle, are a few of the many sand ripples that populate South Seitah, NASA said.

Best viewed with red-blue glasses, this stereo or 3D view (also called an anaglyph) was created by combining data from two images taken five metre apart by the colour camera aboard Ingenuity.

The Ingenuity Mars helicopter built by NASA's jet propulsion laboratory in southern California has become the first to test power flight in another world and to capture the colour image of the Martian surface. The helicopter is a technology demonstration with a planned test flight duration of up to 30 martian days.

Its sole mission is to conduct flight tests in the thin atmosphere of Mars; the helicopter carries no science instruments.

The Perseverance rover provides support during flight operations, taking images, collecting environmental data and hosting the base station that enables the helicopter to communicate with mission controllers on Earth.

The data gathered by Ingenuity could benefit future explorations of the red planet -- including those by astronauts -- by adding the aerial dimension, which is not currently available.

Mystery leaks in gas pipelines between Russia and Europe

Events in Myanmar threat to security in South Asia: IDPD 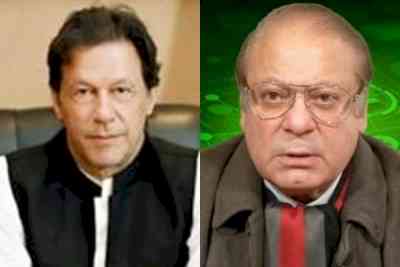