My legs were shivering when I first went on stage: Rajkummar Rao

Rajkummar Rao, who is an extremely popular Bollywood actor and is known for his dancing prowess 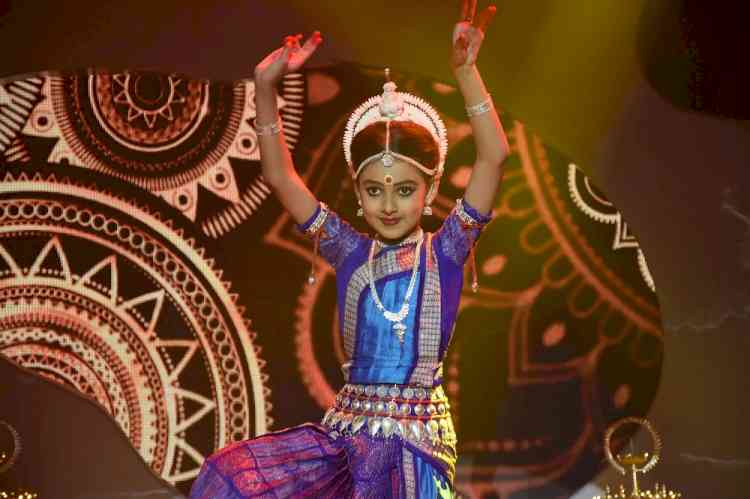 There are many young talents across the country and then there are some “Wonder Kids”. Shrinika Purohit, a 10—year-old Odissi dancer from Bengaluru, is one such young talent who is making India proud with her skill and passion for dance. So much so that Bollywood actor Rajkummar Rao, who happened to meet her in the upcoming episode of the show Young Genius, was amazed to hear her on-stage stories. The wonder kid who hails from Odisha has been conferred the Odisha Samman.

When the host of the show Anand Narasimhan asked Shrinika Purohit about her passion for dance, Shrinika was quick enough to engage everyone with her phenomenal stories. Shrinika said, “I used to run on the stage after my mother’s performances. I feel free on the stage and never get nervous. I love the stage and feel it’s my playground. I was just 3-years-old when the Gurujan of Odissi named me a Wonder Kid.”

Rajkummar Rao, who is an extremely popular Bollywood actor and is known for his dancing prowess, was stunned by her story and mentioned that he was frightened when he first went on stage! Rajkummar Rao said, “There was a dance performance in our school and the senior girls were performing. I had to just sit on the stage as Lord Ram. I was just sitting and literally had to do nothing else but my legs were still shivering. I was nervous constantly thinking when will this performance get over. I was very scared as everyone was watching me.”

Catch Shrinika Purohit and Rajkummar Rao engaging in an exciting chat in the fourth episode of BYJU’s Young Genius on 6th February 2021 and repeat telecast on 7th February on News18 Network!

Psychological problems could be next pandemic says psychology...