Yes, I was determined to win as I badly needed the Khelo India scholarship 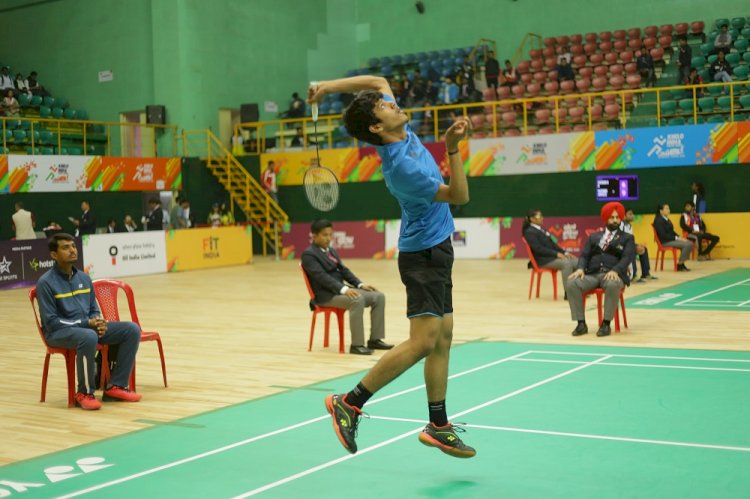 Guwahati: Madhya Pradesh’s Amit Rathore was up against not just the favourite or the No. 1 seed, when he entered the court in the Khelo India Youth Games for the last time here on Wednesday; he was battling illness too, diluting his chances in the Boys Under 21 badminton final even more.

Yet, driven by a fierce desire to win, he managed to defeat Tamil Nadu’s K Satish Kumar 21-18, 21-19 to claim the gold medal for his state.

“Yes, I was determined to win as I badly needed the Khelo India scholarship to improve my financial condition. So I probably played above myself, given my indisposition,” he conceded.

It wasn’t just about guts and gumption though; he had worked out the right strategy too.

“We knew that the court was slow. So the coach and I formulated a defensive game-plan for the match,” Amit Rathore revealed after his victory.

Rathore is a product of the famed SAI badminton academy at Dhar, having produced multiple junior prodigies like Sourabh Verma, Sameer Verma and former Junior World No. 1 Aditya Joshi.

Like them, Rathore too started his training under Sudhir Verma before moving to the Prakash Padukone Academy in Bengaluru.

Dr. Pradeep Asteya, the sports manager in charge of the badminton contingent, recognises the glut of talent coming through the academies in Madhya Pradesh and credits it to a coaching system based more on inclusion than reward.

“We encourage more and more children to come and play in our academies. Not just badminton academies, but also other sports,” he said.

While Rathore follows in his illustrious teammates footsteps, he is also aware of the challenges posed by the transition to the senior circuit.

“The game speed at the senior level is obviously much faster,” he said. “So, physically, junior players struggle. Nonetheless I believe not in immediate success but sustained success.”

Asteya and Rathore both believe that more tournaments, more match situations and increased exposure to good competition are the basic pillars to help juniors grow their game. In the immediate future, Rathore is looking forward to playing ranking tournaments and getting spotted and selected for the India teams.

“It goes tournament by tournament. I have different aims and for now I’m focussed on the tournament in Bengaluru coming up.”

His long term ambition is set though. “I want to play the All-England,” he smiles. “…And win it.”