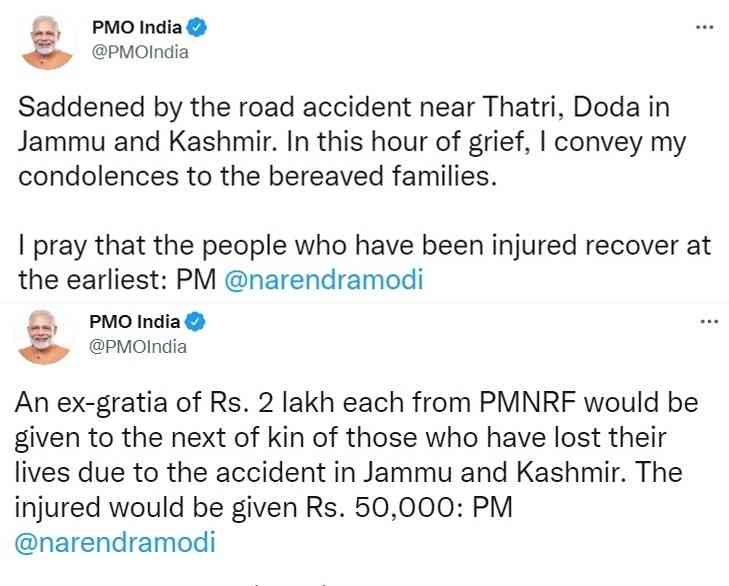 New Delhi, Oct 28 (IANS) Prime Minister Narendra Modi on Thursday expressed grief over the loss of lives in a road accident in Jammu and Kashmir's Doda district, and approved an ex-gratia from Prime Minister's National Relief Fund (PMNRF) for the victims.

Quoting Modi, the Prime Minister Office tweeted, "Saddened by the road accident near Thatri, Doda in Jammu and Kashmir. In this hour of grief, I convey my condolences to the bereaved families. I pray that the people who have been injured recover at the earliest."

"An ex-gratia of Rs. 2 lakh each from PMNRF would be given to the next of kin of those who have lost their lives due to the accident in Jammu and Kashmir. The injured would be given Rs. 50,000," the Prime Minister said.

Expressing his grief, BJP chief J.P. Nadda tweeted, "The news of road accident at Thathri near Doda in Jammu and Kashmir is extremely saddening. The local administration and BJP workers are diligently carrying out relief and rescue operations. My condolences to the bereaved families and I pray for speedy recovery of the injured."

Ten people were killed and 16 others injured on Thursday in a road accident in Jammu and Kashmir's Doda district.

A minibus carrying passengers went out of the driver's control at Suigarhi on the Thathri-Doda road and fell into a deep gorge. The minibus was en route to Doda town from Thathri.

"A relief and rescue operation was immediately started. The injured are being shifted to hospital," sources said.

The hilly Doda district has been infamous for its treacherous roads on which overloading and rash driving often result in fatal accidents.

Vicky Kaushal thanks audience for positive response to 'Sardar Udham' 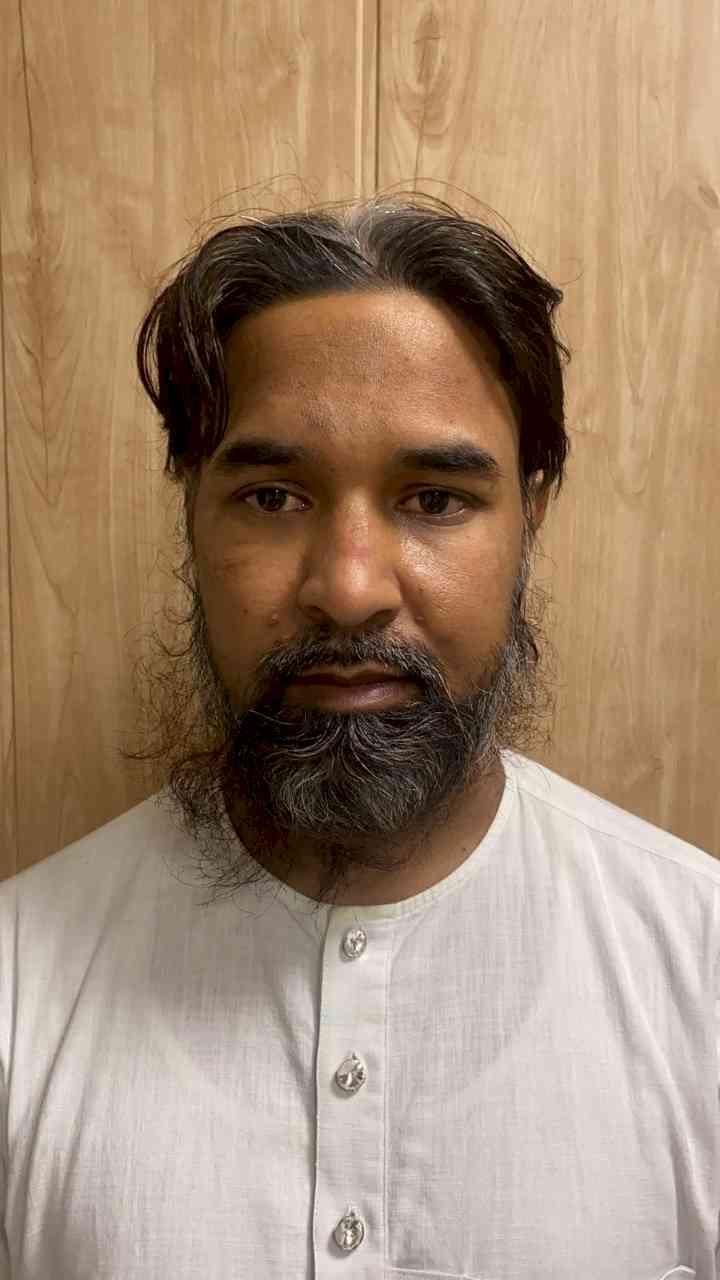 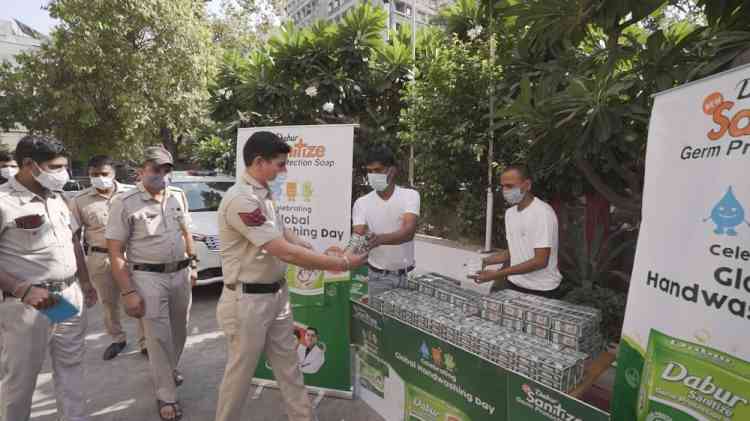 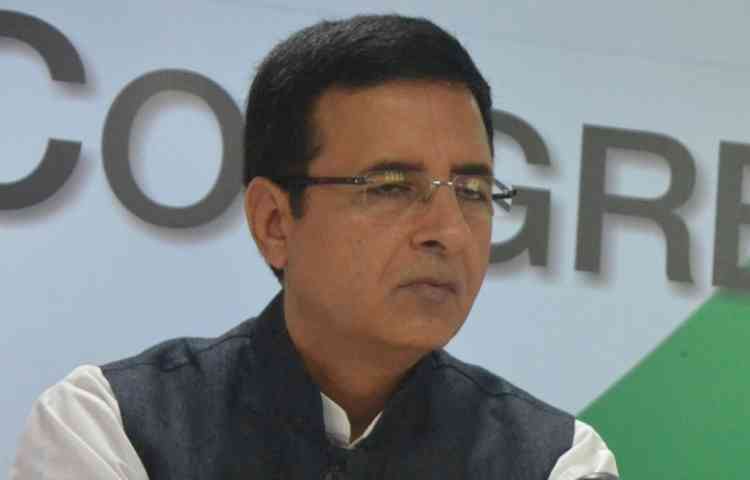 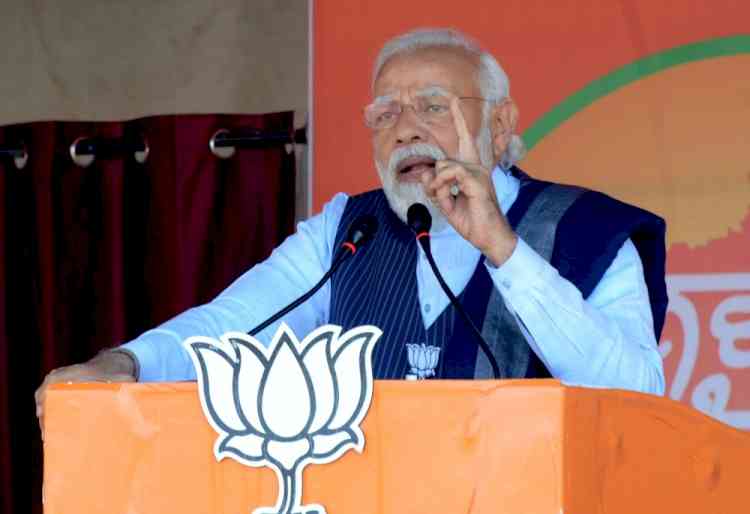 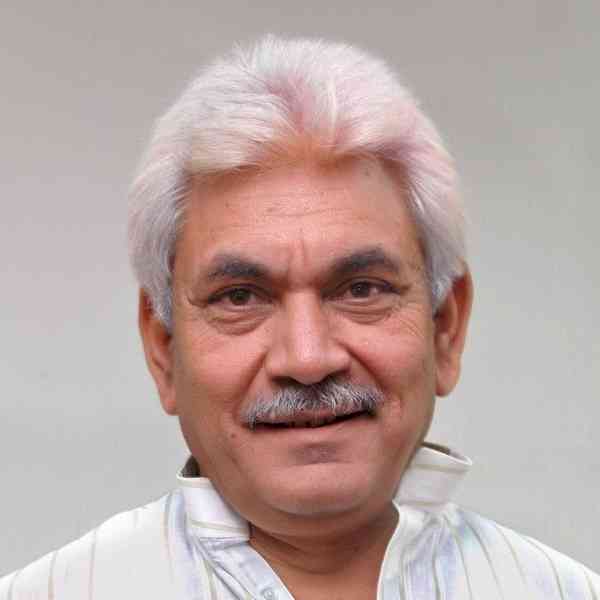