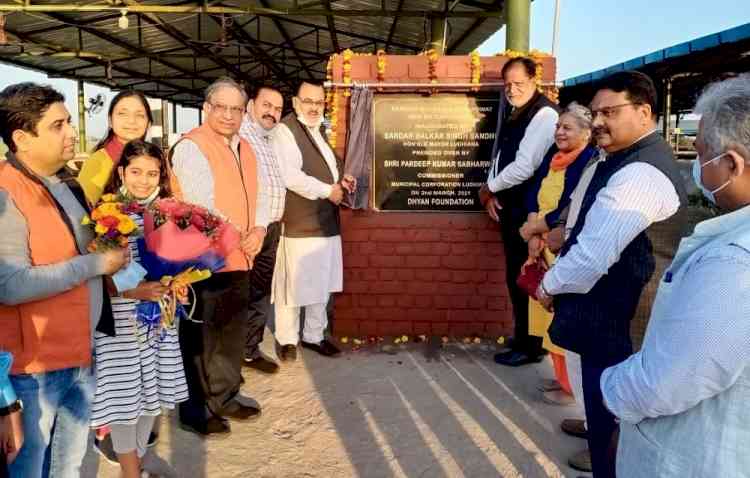 After inaugurating the new shed, Mayor and MC Commissioner said that the Municipal Corporation Ludhiana would shift 150 stray cattle from the city to the Gaushala and would also bear the cost of the fodder, medical and other expenses itself. They said that MC had signed an MOU with Dhyan Foundation which is managing 35 Gaushalas in the country including three in Punjab.

They said that the foundation would ensure proper care of the cattle in the Gaushala. They told that the Punjab Food, Civil Supplies & Consumer Affairs Minister Bharat Bhushan Ashu had instructed MC to tackle the menace of stray cattle efficaciously following which MC decided to rope in NGO for the same.

They said that the civic body was fully sensitized towards the problem of stray cattle in the district.

Cleaning and maintenance of 29 drains carried out to avert...

Guidelines for ex-gratia grant of Rs 50 lakh for dependant...