Senior Citizens Home-Cum-Community Center to be built at cost of Rs 1.5 crore in six months 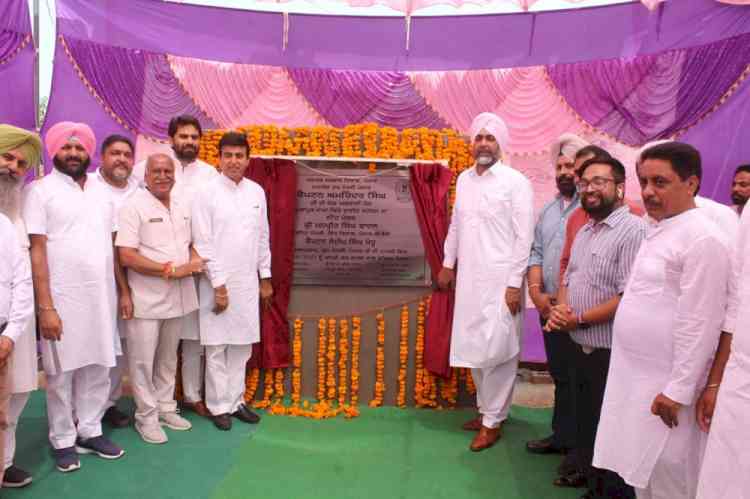 Accompanied by Political Secretary to Chief Minister Captain Sandeep Singh Sandhu, Badal said that the building of senior citizen home-cum-community on the Disposal road in ward-6 would be ready within next six months and the work would cost Rs 1.5 crore.

Similarly, Badal said that the building of Fire station would be developed at the cost of Rs 85 lakh including a fire tender in next three months.

The Finance Minister said that Punjab Government led by Chief Minister Capt Amarinder Singh is laying special emphasis on the prosperity of the Dakha constituency and would leave no stone unturned to ensure unprecedented and path-breaking initiatives for area's all-around development.

He lauded the exemplary work being done by Captain Sandeep Sandhu to ensure welfare of every section of society. Badal said that whatever Captain Sandhu would ask him for the development of Dakha, adequate funds would be released in next few days.

He also announced Rs 1.5 crore  for beautification of main roads in Dakha besides assuring strengthening of Chowki Mann to Bhundri and other village link roads.

Captain Sandhu said that Dakha has been marching ahead on the road of growth and development and witnessing unmatchable progress in all areas with funds worth several crores are being spent in the constituency including new bus stand, new ITI, carpeting of roads, laying of streets and drains, playgrounds and others.

Avoid stepping out unnecessarily and get vaccinated to...