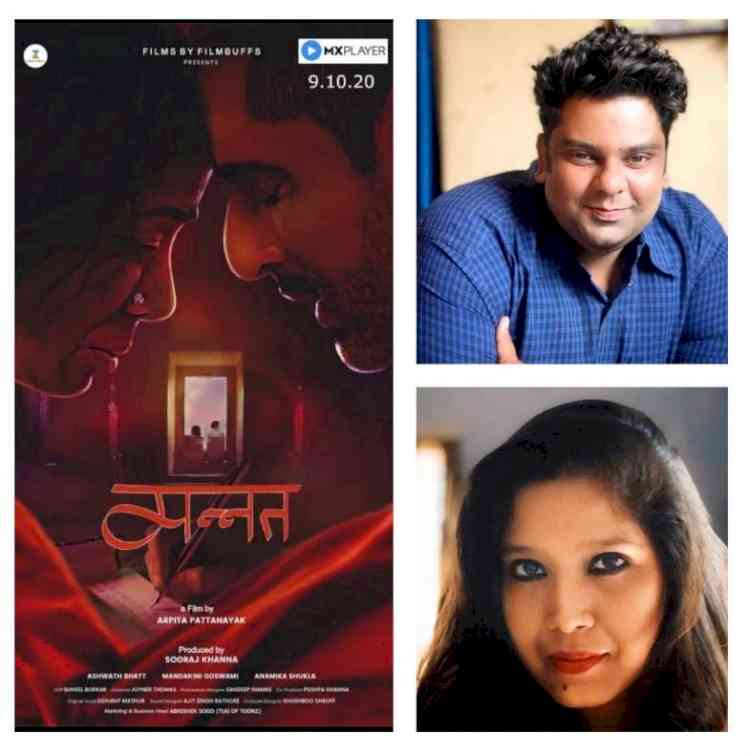 Mannat, a large short film released in MX Player on this 9th of October, has created a lot of buzz among the viewers who all are looking for some real cinema these days. This cinema is a true piece of art directed by an independent woman filmmaker Arpita Pattanayak & produced by again a very passionate self-made filmmaker Sooraj Khanna under the banner of Films by Filmbuffs. With a gripping storytelling, larger than life presentation of cinematography with outstanding performances by Ashwath Bhatt & Mandakini Goswami, this film leaves a deep impact in audience’s mind. This film dwells between our belief & disbelief, such a relevant topic in today’s situation, where everyone is caged in their own barriers and still hopeful to get free.

Mannat is a prayer of Sandhya, a forty five year old lady who is desperate to get a baby, which is not possible biologically now. Sandhya is in immense pain for this incompleteness of her life and surrenders herself to all kind of worships and religious rituals, which her husband Vijay doesn’t believe in.  Only a woman filmmaker can decipher this kind of pain of infertility of a woman. Though it is a woman-oriented film it can never be called as feministic as the male protagonist Vijay unlike a typical stereotype male, tries hard to appease the madness of her depressed wife Sandhya.

With a crew of 120 people and renowned technicians of Bollywood Mannat has pushed all the boundaries of a short film. This film will give you the cinematic ecstasy of International treatment. The grandeur of this film is worth watching and the subject will definitely touch every viewer's heart nationally and internationally as well.

Mannat is incomplete without mentioning the director of this film : Arpita Pattanayak, who has come a long way from a very small town of West Bengal to the city of dreams – Mumbai.

It has been a real challenge to break all the taboos and barriers of middle class thought process which always pushed her not to believe that becoming a film director will be easy. "But when you know what your heart wants nobody can stop you." - With this belief Arpita came a long way to achieve her big dream of becoming a film-director. She is the writer-director-editor of film Mannat and her journey can definitely inspire many aspiring filmmakers.

Mannat’s journey would not have been possible if Sooraj Khanna, a passionate producer who is saviour to many aspiring film directors to fulfil their creative aspiration has not walked some extra miles to help this story come out as a film. From a very simple family, Sooraj Khanna has also come a long way with twelve years of hardcore struggle in Bollywood and finally becoming a producer.

Mannat is the fruit of two people’s dream : Arpita Pattanayak, the director of the film and Sooraj Khanna, the producer; because when it is an independent cinema, it takes a lot of courage, blood and sweat to shape a beautiful story into a beautiful ecstasy of cinema. Mannat’s success gives a hope to all independent filmmakers who wants to make content-driven cinema. 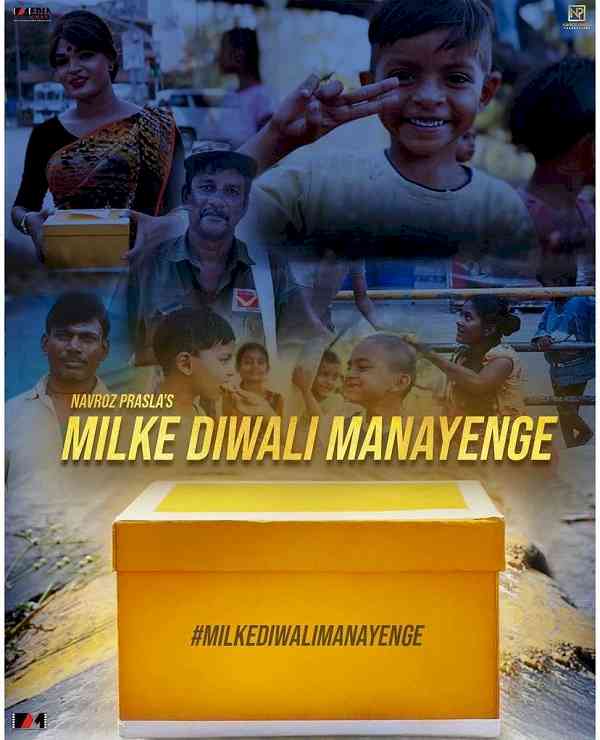 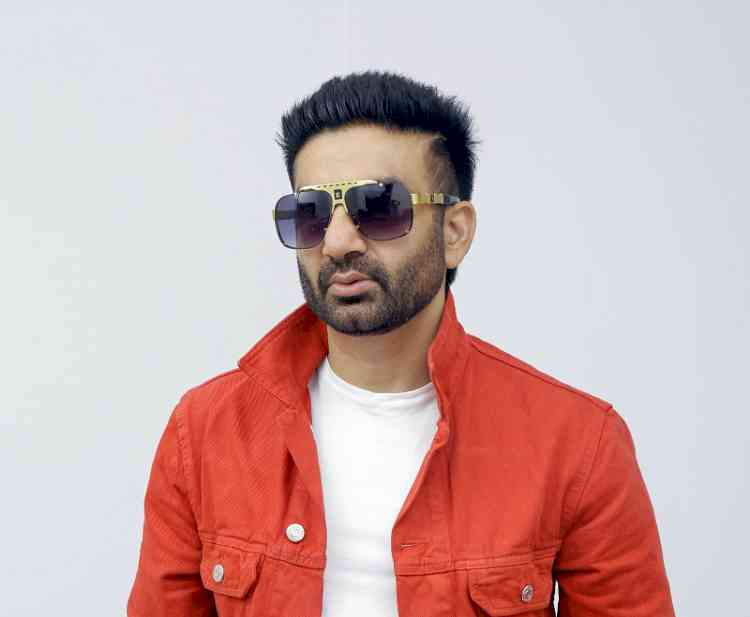 Preet Harpal back with peppy number `Nazran’ on Friday... 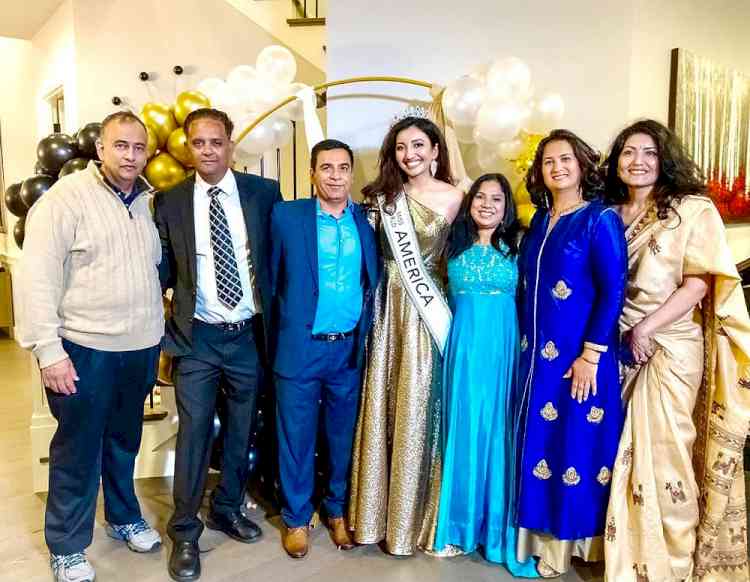 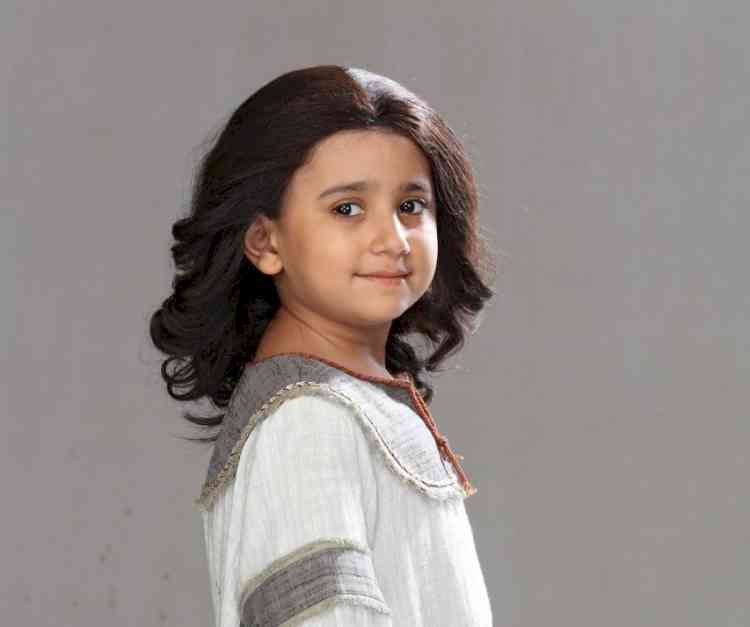 Yeshu is an unheard and untold story, first time on the...