Posing as Mariam Khatoon, Mallika before blessing the couple asks Aladdin to swear on his Ammi to give her what she wants 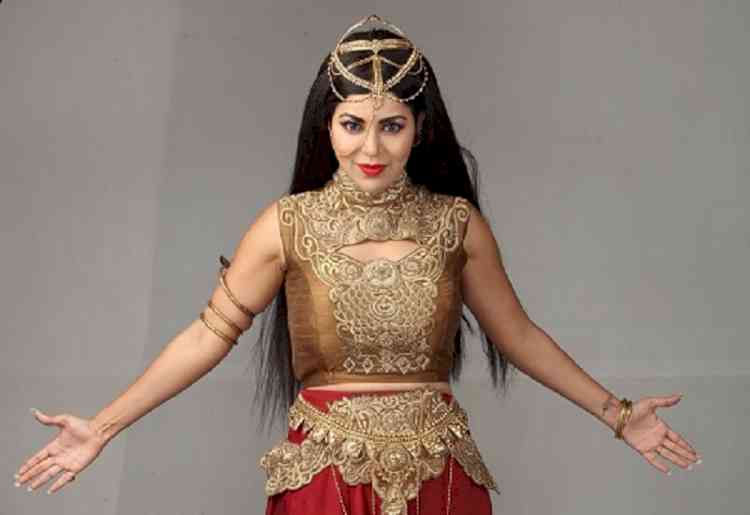 Sony SAB’s fantasy show Aladdin: Naam Toh Suna Hoga has kept the excitement levels high for its audiences and the upcoming fresh episodes are about to raise the thrill quotient with the devious entry of Mallika, the ultimate evil and the creator of all jinns, along with the highly anticipated wedding as the lovebirds Aladdin and Yasmine, finally tie knot.
With Zafar dead and all evil wiped out of the kingdom, the entire family has started the preparations for the grand wedding ceremony. But, little does Aladdin know that his happiness is short lived as Mallika, the greatest creator of evil has stepped in Bhaghdad. While everyone is busy with the preparations, Mariam Khatoon, known for blessing couples, makes her way to the palace to bless the couple and crossed path with Mallika on her way. Mallika turns Mariam Khatoon into ashes and steals her identity in order to enter the palace.
Posing as Mariam Khatoon, Mallika before blessing the couple asks Aladdin to swear on his Ammi to give her what she wants. Just when Aladdin is about to swear on his Ammi, he notices the tattoo on her back and remembers that Jinoo had once told him that the only way to recognize Mallika is through her most unusual tattoo. Aladdin is shocked and Mallik threatens him to give her what she seeks or else he will endanger his entire family. In a bid to get her way, Mallika with the last jinn tonic converts Ammi into a jinn.
How will Aladdin react as Ammi turns into a jinn? Will he be able to save his mother from Mallika’s control?
Siddharth Nigam, essaying the role of Aladdin said, “Aladdin is over the moon as finally he will unite with his love, Yasmine, after defeating Zafar. But the kingdom is now under the greatest threat which is Mallika, the most powerful creator of jinns. While Aladdin is fearless and confronts Mallika to learn her intentions, he is unaware of how Mallika will take away one of the most important people of his life, his Ammi. With Mallika turning Ammi into a Jinn, Aladdin will have an emotional and rather challenging road ahead to save his kingdom and family from the ultimate threat.”
Debina Bonnerjee, essaying the role of Mallika said, “Mallika is on a secret mission and wants to achieve her goal through Aladdin. Mallika is brutal and a strong personality who always finds her way. The upcoming episodes will take the viewers through a shocking twist as she turns Aladdin’s mother into a jinn with her last jinn tonic. She has some hidden intentions which only the further episodes will reveal. So stay tuned as Mallika has just commenced her mission and a lot more is to follow.”

Wrong for GST to classify hand sanitizer as disinfectant

Fresh episodes of Baalveer Returns brings us closer to...